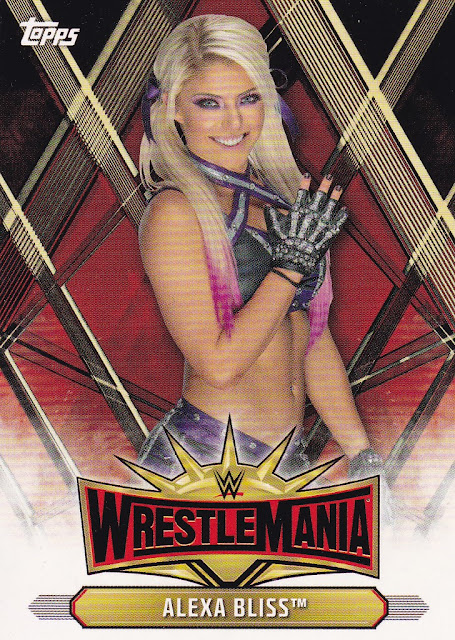 The 2019 Topps WWE Road to WrestleMania Cards are Topps first set of the new year as they ramp up the WWE cards.  WrestleMania 35 is in April of this year.  This is a nice looking set and showcases highlights from past events across the WWE empire.  They do a good job with the photos from events and they do well with the write ups on the back.  The roster cards are simple but give us a good look at stars of the WWE.  This isn't my favorite WWE set but it is a good primer.  You won't see many DIVAS here but I've seen speculation that is due to them having their own set and not wanting to put too many of the ladies out their prior to it's release late in the year.  My favorite card here was the Alexa Bliss roster card - I doubt much explanation is needed.  Again Topps did well and I'll show off more cards below.