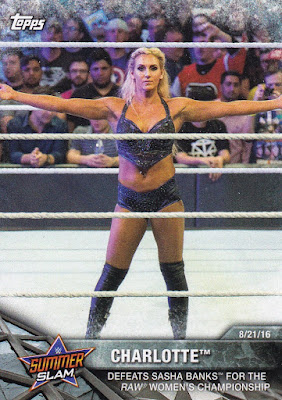 I was so happy with the 2018 WWE Women's Division Women's Wrestling cards that I grabbed this 2017 WWE Women's Division Women's Wrestling blaster with my recent baseball combo pack order from Wal-Mart.  I'm again very happy with my cards which totaled 81 including a shirt relic.  These are basically divided into NXT, WWE, and roster cards.  Each divide those among major events in the series.  There were quite a few Charlotte Flair cards which made me happy but it also had plenty of great photos from all the big lady stars of the WWE.  The design is great as it doesn't take away from the photos which are really good.  The backs are simple with a nice write-up and some basic color.  The information is providing the background to the event/photo on the front of the card.  The roster cards are a bit more plain but still look really nice and have a great mix of Superstar, Announcer, Ring Announcer, and Legend cards (great legends too).  I call this a win.  I'd love to pick up more in the future of both the 2017 and 2018 cards.  I think these are just fun sets and as always very easy on the eyes. 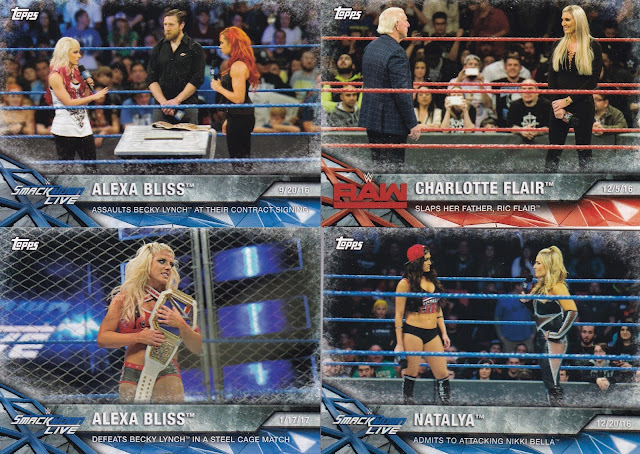 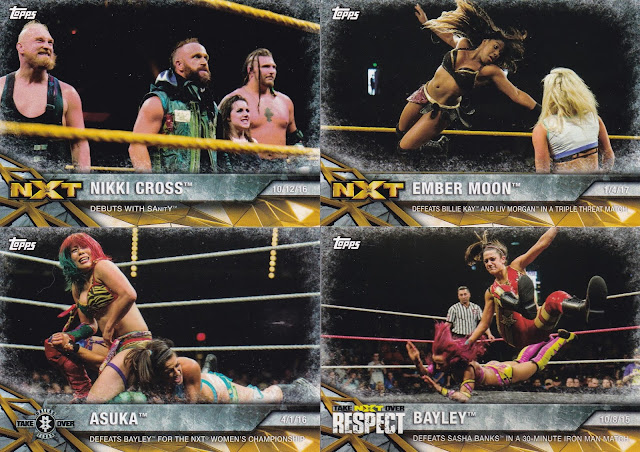 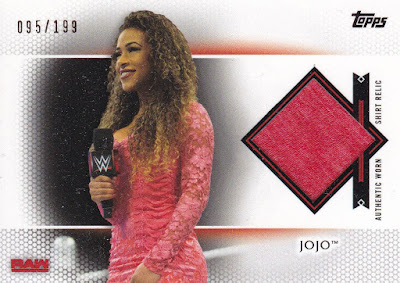