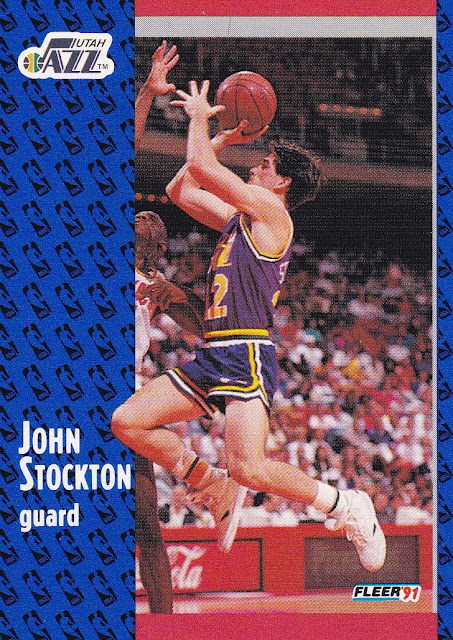 1991-1992 Fleer Update Basketball: Another pack from the Amazon purchase.  I'm always drawn to this set but when I get it in hand it always disappoints.  Obviously the fact they took like 25% of the card for that border is a killer.   This card is a great example as I think seeing the rest of this photo would have been a big plus.  Still I'll take John Stockton any time I can get one.

Not really inserts but there are subsets like the Blue Edwards Slam Dunk card.  Coaches also get some love which is always needed.  The backs are pretty decent actually.  Little did rookie Mario Elie know he'd end his career with three rings - two with Houston and one with the Spurs.

Luc Longley also got himself three rings as part of the Chicago Bulls' final three championships.  Moses Malone in a Bucks uni just doesn't compute.  Fun pack no matter my misgivings about the design. 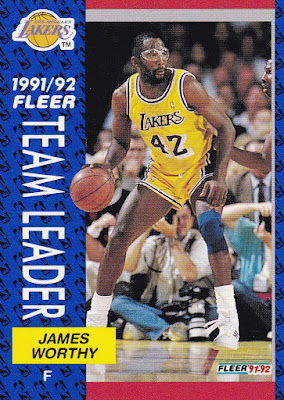