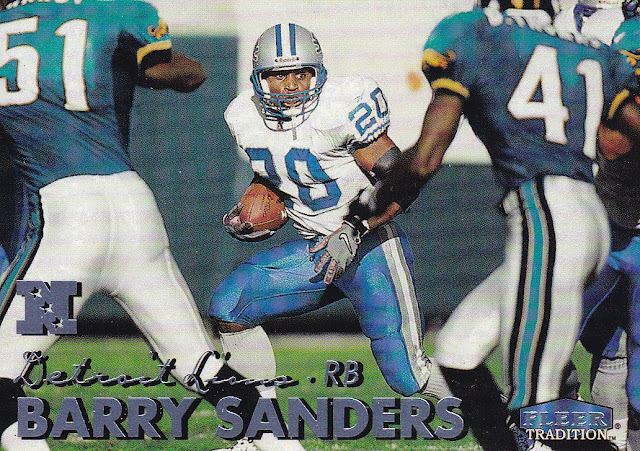 1999 Fleer Tradition:  I recently purchased quite a few individual card packs from a seller on eBay.  It is a great way to see some sets I've never seen before.  First up is this Barry Sanders card with a good look at his eyes as he sizes up who to run by next. 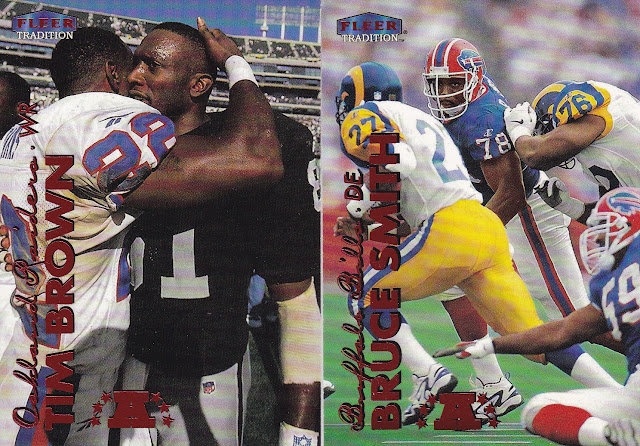 Another couple of nice photos and stars.  Bruce Smith tracking the running back is a great shot.  I like the Tim Brown card as well even if it isn't action oriented. 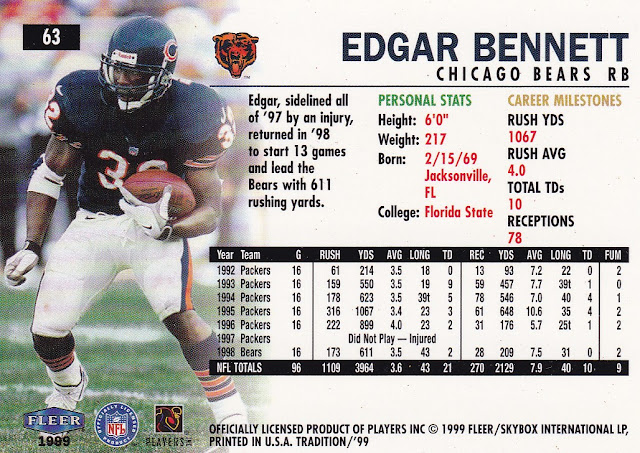 The backs are nice and colorful.  There are also plenty of stats here to enjoy.  The photo is also different from the front offering.  I like it.

The overall design is nice.  The script used for the team name is annoying.  A team logo in place of the NFC and AFC logos would have been nice but overall plenty of room for the photos to shine. 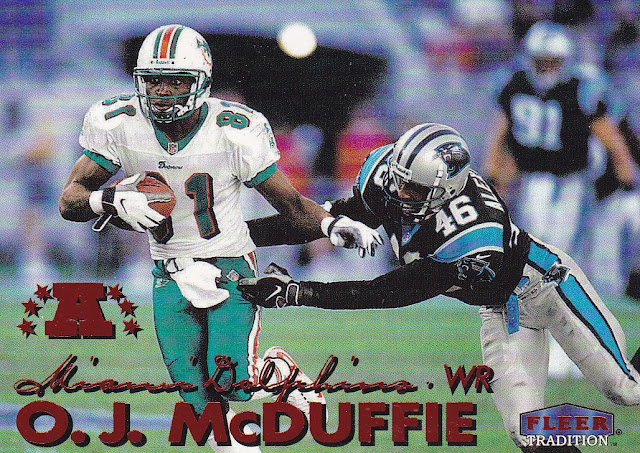 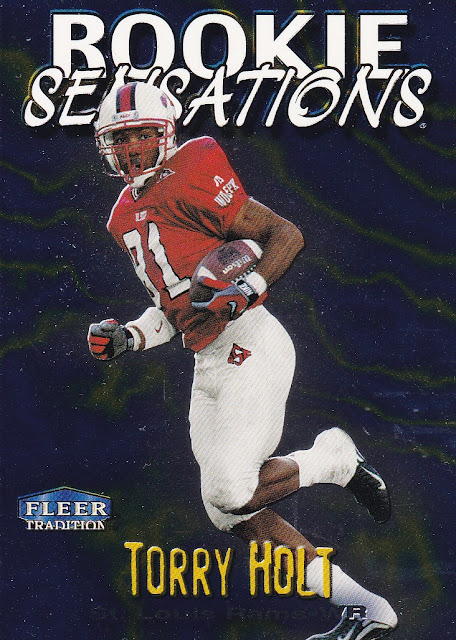 Can't complain about my one insert.  Holt was a 7X Pro-Bowler, 1X All-Pro and big part of the Rams lone Super Bowl win.  These are some nice cards and I'm extremely happy with my pull.  I wouldn't hesitate to get more of these. 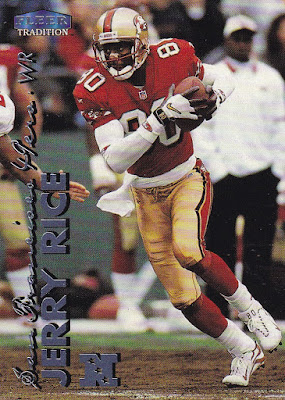 And I get a Jerry Rice!