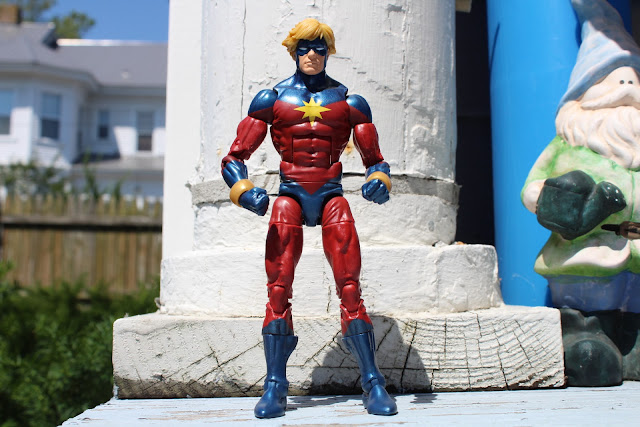 Marvel Legends Mar-Vell:  If I'm picking up action figures it's usually a Star Wars figure but I'm a big fan of the original Captain Marvel (Mar-Vell) so when I saw it on the shelf yesterday I was all in.  With the new Captain Marvel in the comics and the movie Mar-Vell has definitely gotten lost in the shuffle. He died from cancer which was documented in well known storyline. 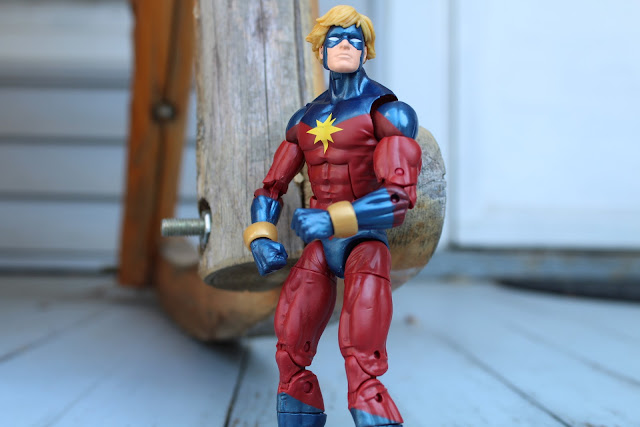 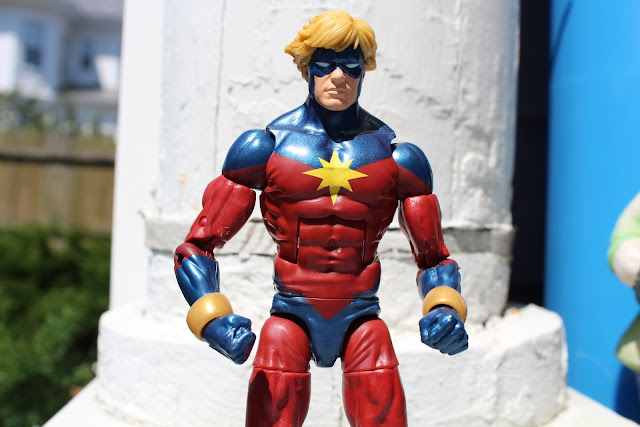 Overall this is a good figure.  Mavel Legends figures have plenty of articulation.  A bit too much for my taste but it I know why collectors and kids like it.  There are a few imperfections in the mold including his right arm and nose.  Side photos are not pretty as it looks like he has a hanger.  His left shoulder also doesn't seem to always be in it's socket like it should. 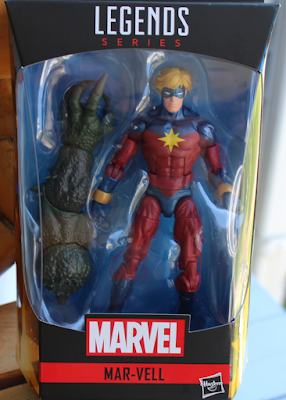 The packaging is fine and comes with a piece of the build a figure Abomination.  There are no accessories included.  Seems like there are some easy ones that could have been included like a base or blasts. 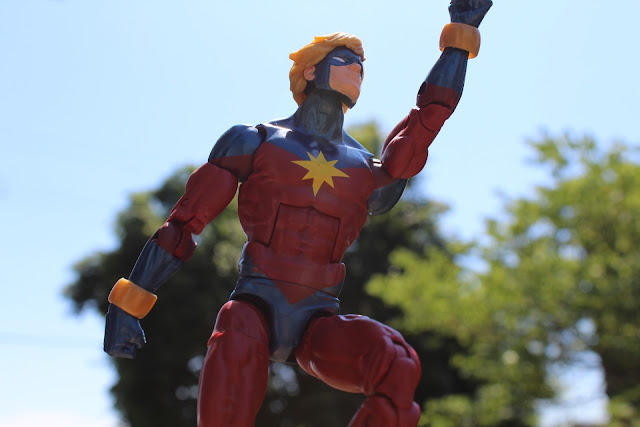 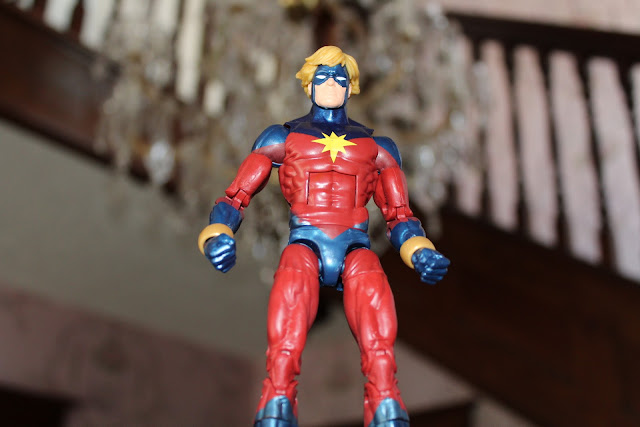 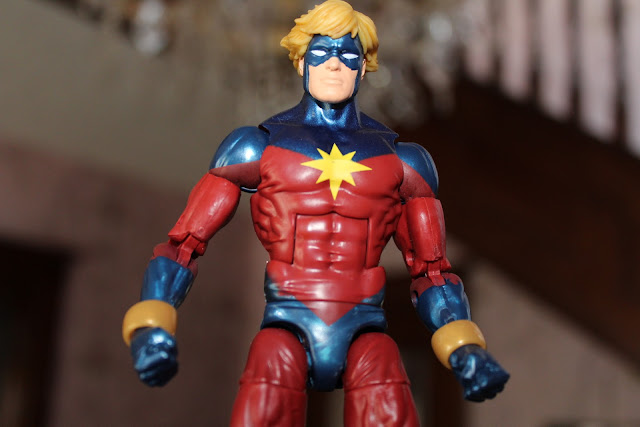 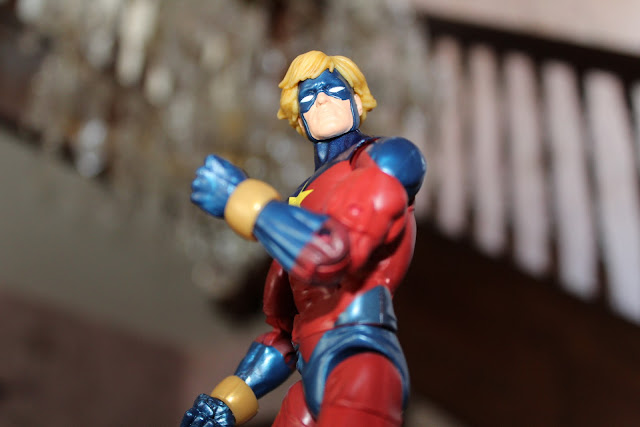 Good figure for fans of Mar-Vell.  Not sure I'm ready to go on an action figure shopping spree but I couldn't pass him up.
Posted by Bulldog at 3:33 PM