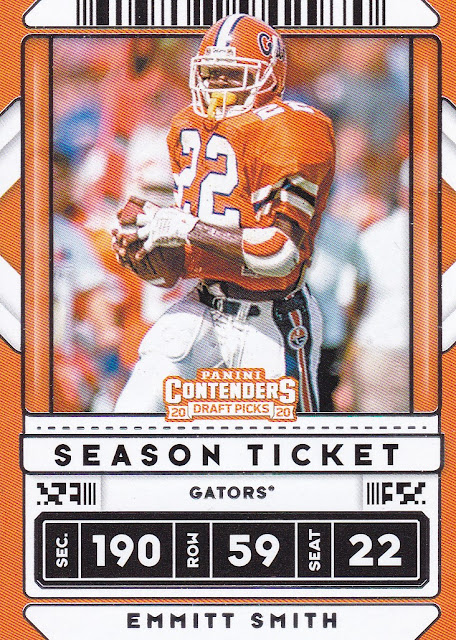 2020 Contenders Draft Picks Football:  More new product on the shelf this morning so I didn't hesitate with picking up a blaster that guarantees two autos.  I'll kick it off with Emmitt here.  First thing I noticed was this year's offering has fewer retired greats.  That was a big draw of this set for me so that's a letdown.  Still I thought this Emmitt has a nice photo and is a good way to start things off.

If you are looking for actual 2020 rookies or potential rookies those are only found in the inserts. 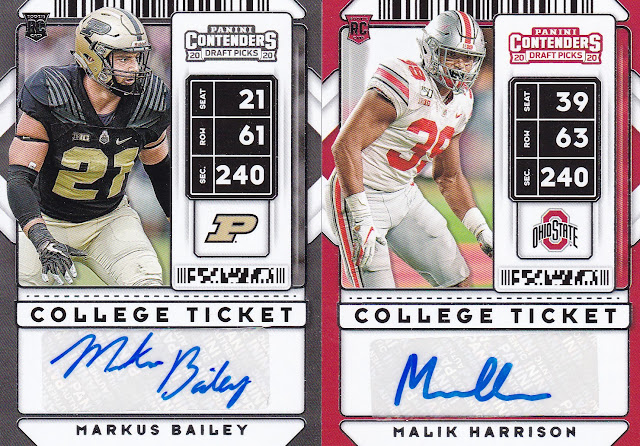 Neither of these autos were names I'm familiar with but at least they were both drafted.  Cincy (7th rnd) and Baltimore (3rd rnd) respectively.  Nothing worse than pulling those undrafted guys so this at least gives me some hope one or both will turn out to be something.

I like the design on that 2020 Draft Class.  The Travis Kelce is a Draft Blue Foil parallel though the blue doesn't show at all in the scan.

To the design on these I'm OK with it but not my favorite design.  The photos seem small with the bottom info taking up too much room.  I'm a Contenders fan overall but this one is a bit too busy for me.  My favorite Football Contenders Draft Picks is the 2018 Set.  Those cards almost had an art quality to them.  Last year's was good as well. 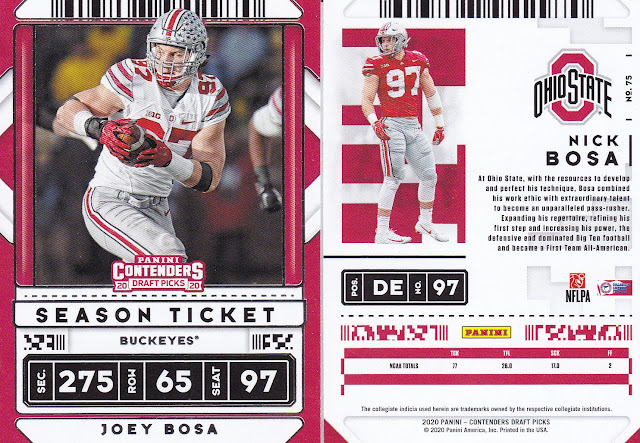 The backs are fine but not great.  The photo is the same as the front but I'm fine with it.  You do need a magnifying glass to read the stats.  I like the large logo.

This box was OK but I'm not sold on it overall as a product.  I'll probably grab more but I won't go nuts.  I'll end this on a high note with Tom Terrific on my favorite card from the box. 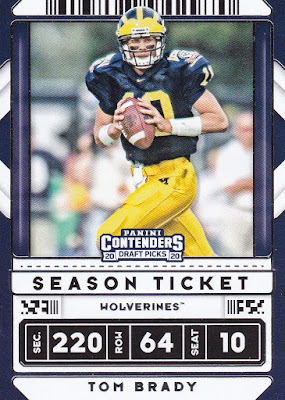