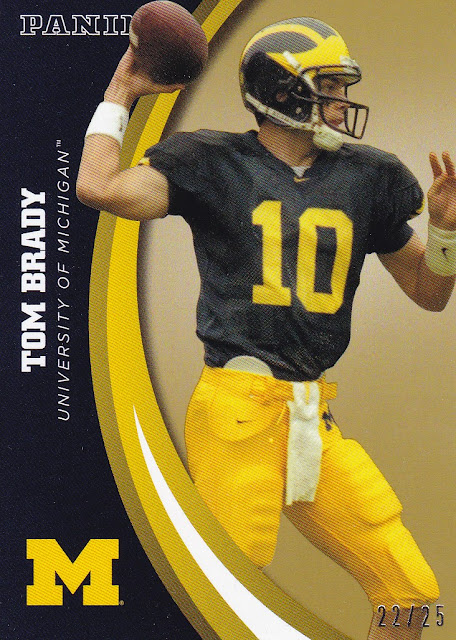 2015 Michigan Wolverines Blaster:  Panini put out these blasters of cards for different universities and it always peaked my interest.  I finally pulled the trigger picking one up on eBay for around $16 shipped.  I'm really glad I did. There are a total of 80 cards in the blaster (10 packs/8 cards per) and the seller threw in an extra pack.  I pulled a complete set as well as this gold parallel #/25 of Tom Terrific.  That's definitely a win.

All three sports are featured though Barry Larkin is the lone baseball player.  Brady had two cards and was the only player that did.

Legends from yesteryear were also included.  That Gerald Ford photo is great!  Look at that hair, jaw and overall look on his face.  Classic. 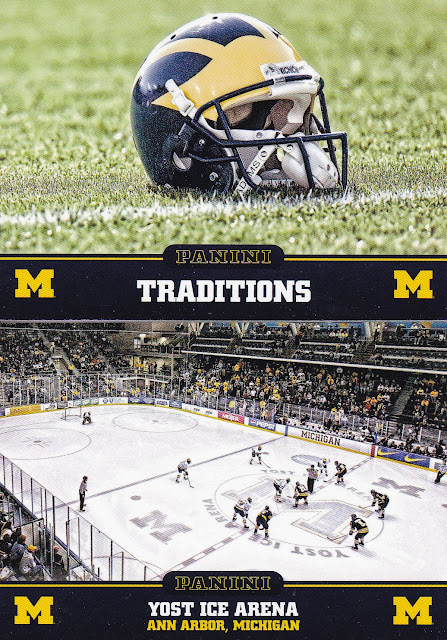 The first nine cards cover logos, venues, and history which I like.

You won't find all the major stars but this set is still a pretty good showing.  Notables missing I can think of off the top of my head are Anthony Carter, Chris Webber, Juwan Howard, and Dan Dierdorf.  I'm sure I'm disrespecting many Wolverine greats but those are what pop to my head. 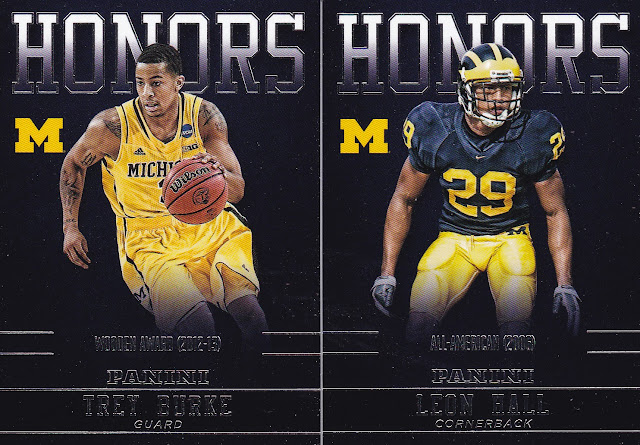 There are inserts including these Honors cards.  They look better in hand.  Autos do include Tom Brady if someone is lucky enough. 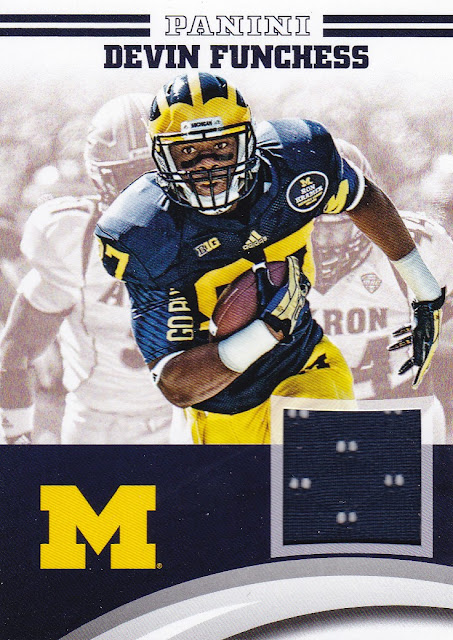 Each blaster comes with an auto or memorabilia card.  Not the biggest name I could have pulled but I'm good.  I really enjoyed this box.  I know the checklist has holes in it but any Wolverines fan should still enjoy this.  Next up I'll track down a Georgia Bulldogs blaster. 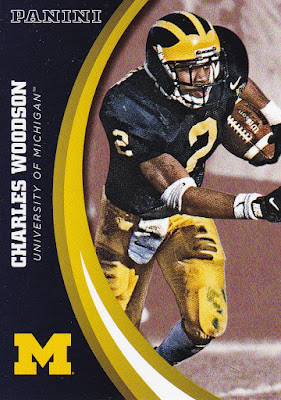