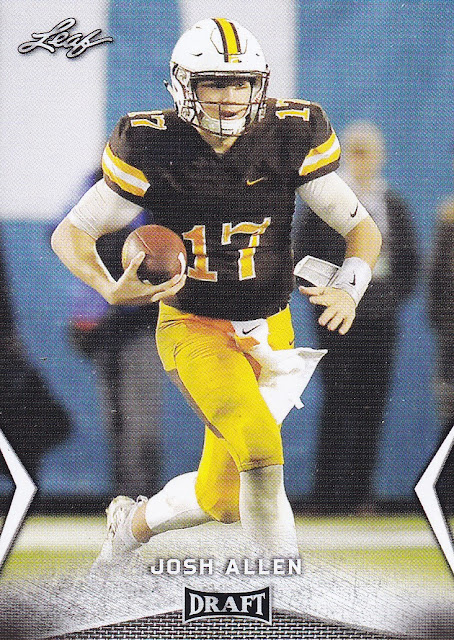 2018 Leaf Draft Football:  This was the other free pack from my Steel City Collectibles purchase last year.  Not something I'd normally see in my local stores so it's good get a pack in hand.  Leaf doesn't have an NCAA license so plenty of air brushing going on here which hurts the aesthetic.  Pulling a Josh Allen is great though.  Really hoping he can take his game to another level this year and maybe the Bills can win the division for the first time in forever. 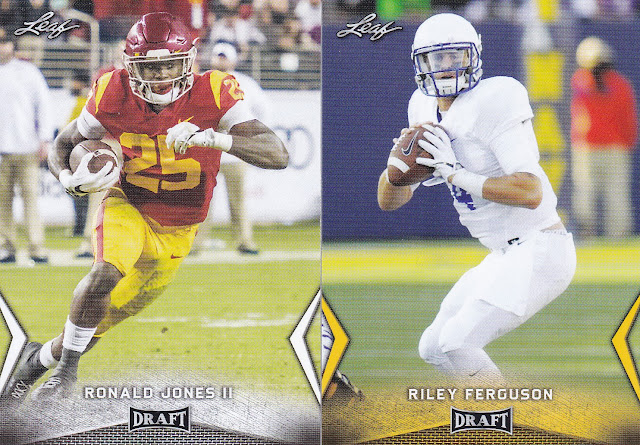 It's a shame we don't see logos as I like the design though it is very simple.  Ronald Jones had a good year last year and will have the opportunity to play alongside Tom Brady this year.  The whole world is waiting to see what the Bucs can do with Tom Terrific under center.  That Riley Ferguson is a gold parallel.

These TD machines were the two inserts.  Neither of these guys are putting up big stats but they are still in the league.  The backs on these cards are fine but college stat lines would have been better.  Overall a good pack that I enjoyed.