I've already established that I like lists and this will be my third such post, again involving movies.  I'll just jump into it.  It begins with It's a Wonderful Life.  A classic that I didn't appreciate as a kid but after watching a thousand times during the period when it was shown on every channel, every day during the holiday season I got it.  Jimmy Stewart gives a great performance that really has you rooting for his character as he continually gets knocked down.  He gave George Bailey the perfect balance of humor and smarts to make him seem like the perfect guy to outduel bad guy Henry Potter played by Lionel Barrymore.  Donna Reed was a great opposite to Stewart giving another great performance and was beautiful to boot.  I enjoy everything about this movie and it is tops on my list to watch each year.

The Nightmare Before Christmas is the quirky animated film where characters from Halloweentown discover Santa Clause and cause havoc in their zeal to bring the spirit of Christmas, as well as Santa Claus, to town.  This movie works great as it is geared towards adults but will definitely keep kids entertained. 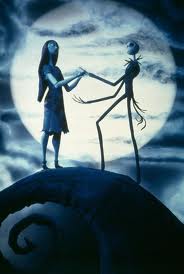 After these two there are the rest and there are many.  Miracle on 34th Street and White Christmas are the classics that really are relaxing to watch.  Rudolph the Red Nosed Reindeer will never get old and is still the standard for animated movies of the era.  A couple of modern era comedies are great watches.  Tim Allen's The Santa Clause is a great story that hasn't gotten tiring yet though I think it is on twice a day.  National Lampoon's Christmas Vacation has so many memorable moments and has to be Chevy Chase's best work.  How the Grinch Stole Christmas in animated form is that movie from my childhood that I'll never tire of.  The re-make with Jim Carrey was a good adaptaion which I also really enjoy.  A Christmas Carol comes in more forms than I can count.  My favorites are those starring the Muppets and the 1999 Patrick Stewart version.  Great story, some ghosts, and redemption make them fun to watch.  Honorable mentions go to A Christmas Story, the Polar Express, and A Charlie Brown Christmas.

Christmas is one of those holidays that as a kid we looked forward to every year.  Once December hit we couldn't wait to see Rudolph and the Grinch in an era before cable and seeing movies played 60 times in a month.  So many of the older movies will always have that special place in my heart.  Those from more modern time still have a special place but will always have a high bar to meet.  Merry Christmas to all and I hope you are able to take in all your favorite movies during the holidays.  ﻿
﻿
﻿
Posted by Bulldog at 11:07 PM No comments: 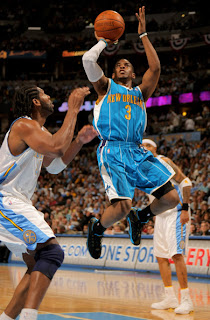 NBA Commissioner David Stern blocked the trade that would have sent Chris Paul of the New Orleans Hornets to the Los Angeles Lakers.  The NBA runs the Hornets team after they ran into financial problems and the NBA is committed to keeping a team in New Orleans and feared losing the star of the team when they are trying to build the franchise up.  The trade itself was a good one. New Orleans would have received Kevin Martin, Luis Scola, Goran Dragic, Lamar Odom and a 2012 first-round pick.  Now none of the teams involved have anything to show for their hard work and David Stern looks as though he caved to pressure from owners to stop the trade.

I get that the the league doesn't want the rich getting richer (LA Lakers) as small market teams contiue to struggle to keep their own.  This is even more important as the new collective bargaining agreement was thought to help the small market teams keep their stars.  This could be seen as a slap in the face of everything the league fought for.  True or not the perception now is that NBA owners pressured Stern into making a move.  True or not perception will probably not change and this'll be a blot on his tenure as commissioner.

If this had been a bad trade I'd say this would have been a bad deal and the NBA did the right thing.  As is, it was a good deal for New Orleans and would have helped the franchise rebuild.  Now they must pursue other trades and there is a good chance they might not get as good a deal.  I will always champion the cause of the small market teams in any sport.  If for no other reason the fans deserve a reason to be excited about the chances of their team.

But this was a bad move by Stern.  Chris Paul doesn't want to stay in New Orleans.  Even if the Hornets had managed to sign them there were still questions to whether or not they could be competitive with the team around Paul.  With the trade New Orleans would have had a decent starting lineup and could have been a player in the tough Southwest division.  While we've seen the collecting of star players by franchises lead to championships (Celtics, Lakers) there is still no promise of success.  This is a bad move by David Stern and a bad move for the league.