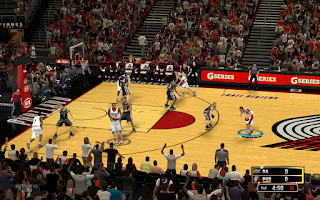 First off I must tell you I'm not a hardcore gamer.  I own a PlayStation 3 and have two games less than two years old - NBA 2K13 and NCAA Football 2013.  That said I have played sports games on the different gaming platforms back to my grade school days and do truly enjoy them when I get the chance.
The game play of 2K13 has enhanced the ball handling skills.  I'm a little slow to pick up on these but mostly due to the dexterity it takes to use the right and left analog sticks at the same time.  Serious gamers probably pick up on this pretty quick but my old fingers aren't quite up to speed.   What I have figured out is cool.  This is probably the best innovation the designers have come up with in some time.  Overall the game play is not that much different from years past but again the ball handling adds a new dimension to the playability and fun.  Definitely makes this year's game worth picking up.
My favorite mode of play is the quick game.  I especially enjoy being able to play as players from the past.  In NBA 2K11 I could play the all decades teams from the 50s/60, 70, 80s, 90s, 00s and current all-stars.  Each decade had a Eastern and Western Conference team you could use.  I loved this.  Who wouldn't want to play with the 70's Julius Erving, 80's Dominique Wilkins, and all the other greats that were included.  2K13 has individual teams such as the 64-65 Celtics, 70-71 Bucks, 85-86 Celtics, and 90-91 Blazers.  There are a total of 35 franchise teams.  The greatest addition is the Dream Team and current Team USA.  These are so much fun to play with.  These players are unmatched and I love playing both teams against each other.  Of course playing them against any normal franchise team no matter how good is usually a lopsided victory.
I definitely enjoy this game.  The controls aren't too hard but serious gamers can ramp up the action with the advanced controls.  There are many details that I haven't gotten into so they weren't reviewed here.  There a couple of links to reviews below that might help with detailing out some of the features I don't talk about.  As the only NBA game out there 2K13 has a big edge but this is just a good game and any competitor will have a tough time competing as evidenced by the failed NBA Live launch this year.  Don't hesitate to pick this game up if you like the NBA or basketball.
NBA 2K13 Review - PC Gamer
NBA 2K13 Review - USA Today
NBA 2K13 Review - Gamespot
﻿
Posted by Bulldog at 3:20 PM No comments: 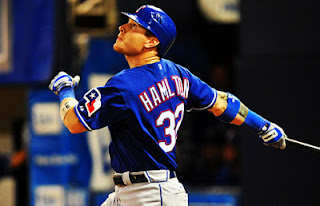 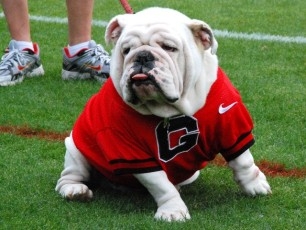 The Georgia Bulldogs is my"other" team I have an allegiance to in college sports.  Neither here nor there other than the game tonight hurt.  It took a lot for Georgia just to be in this game and have a shot at Notre Dame in the championship.  I'm happy they were right there to the end but this was a frustrating game.  Alabama ran the ball for 350 yards.  350 yards!  As the announcers pointed out the defensive linemen for Georgia were getting pushed back six to eight yards on running plays.  I could run behind that line.  I'm not sure why Bama ever threw the ball.  4th and 20?  Run it!  No matter the Bulldogs had one final chance.  Great job getting in position to possibly win this game after the 26 yard pass play got them to the Crimson Tide 8 yard line.  But why didn't Georgia spike the ball?  They weren't going to run four plays.  There wasn't enough time.  Let your players take a breath, reset mentally, and call the play you want.  And that poor Georgia kid (Chris Conley) who caught the ball on the last play letting time run out?  I know your brain at that moment isn't processing quick enough to say "drop the ball because time will run out otherwise" but he'll be "that guy".  Again, that is why you spike the ball at that point.  Tough way to end the season.  Georgia is probably relegated to a non-BCS bowl now.  So disappointing.  Still tomorrow I'll know this was a great game.  ﻿
Posted by Bulldog at 7:11 PM No comments: 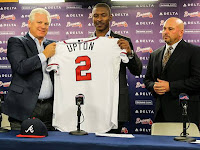 Atlanta made a splash with two big moves.  The first was the signing of B.J. Upton to a five year $75 million dollar contract.  When I heard about this I was all excited.  When I got access to a computer...not so much.  First I was thinking about Justin Upton, the Arizona Diamondbacks outfielder.  The 24 year-old with a career .278 batting average, career .357 on base percentage, the one who has hit 26 or more homeruns twice in his career.  I wasn't excited about B.J. Upton who hasn't hit higher than .246 since 2008, the one who had a .298 on base percentage last year and strikes out more than a 300 pound man at a Victoria's Secret show.  What a let down..  Atlanta does need an outfielder and someone to add offense (23+ homeruns three times and has stolen 30 plus bases five times) to their lineup.
﻿
I know the Braves like his right handed bat and the power upside.  If he hadn't been playing in Tampa Bay I'm sure his homerun totals would be even better.  He is also good in the field.  Still with the money he received I'd much rather have resigned Michael Bourn.  A little risky for a 30 year old speedster but he is excellent on defense and was great as the leadoff man Atlanta hadn't had in some time.  Oh and now they don't have one again!  If his "potential" comes to fruition this is a great deal but that seems alot to ask for from a guy whose past four season haven't shown me anything to get excited about.
Next the Braves traded starter Tommy Hansen to the Angels for reliever Jordan Walden.  Walden was the Angels' closer in 2011 before losing that role early this year.  He is a righty who can hit 98 MPH on the radar gun.  Atlanta wanted to add a big right handed arm to the bullpen and it looks as though this gets them the guy they were looking for.  It seems weird to see Hansen go.  At one point he was one of the top prospects in the entire minor league system.  His name always came up in trade talks but the Braves wouldn't budge.  I don't think it is a stretch to say a trade involving Hansen would have brought back a top 20 player in the league six years ago.  It took me a while to digest this one but I'm ok with it.  Atlanta has options at starter with youngsters Randall Delgado and Julio Teheran ready for their shot in the rotation.  This will also save the Braves an estimated $4 million that it is believed Hansen would have received in arbitration.  Sorry to see a guy like Hansen go but I hope he does well with the Angels.  Seems like a good fit.  I'll be curious to see what my buddy Yaj thinks about this one.
Pitchers Pete Moylan and Jair Jurrjens were not tendered contracts for 2013.  Rumors have Moylan coming back on a minor league deal.  He is 33 but been effective when called upon.  He hasn't seen much action the last two years only pitching  13 innings over the last two years.  Jurrjens has a career 3.62 ERA but struggled last season and has dealt with consistency and injury problems.  Only 26 years-old he'll find a home quickly.
NOTES:
There are rumors Atlanta is actually looking at bringing Justin Upton (B.J.'s brother) to the Braves via trade.  Hard to tell how much of that is just speculation fueled by B.J.'s signing and the fact Arizona has appeared open to a trade.  It would be great but it is all speculation.........Great to see Ron Gant doing well in his TV career.  He is now co-host of a Atlanta TV morning show.  Here's a quick link to the article which also links to a youtube video of the show.  Always one of my favorite Braves.  Wish he could have hung around and won a ring with that '95 team.  Ron Gant Now Morning Show Co-Host ........
Posted by Bulldog at 5:57 PM No comments: