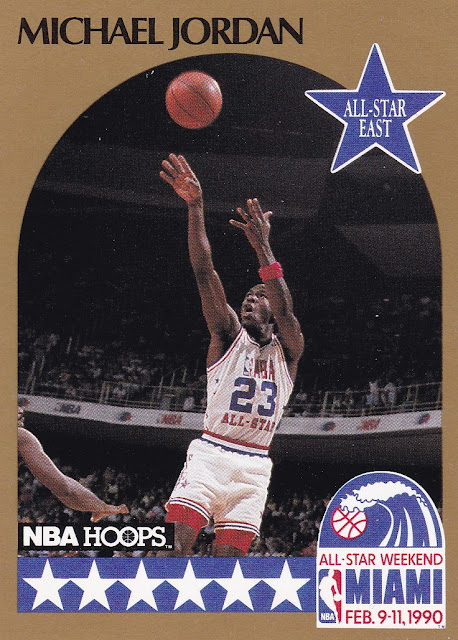 1990-1991 Hoops Basketball: I love all-star games and all-star game cards so I've picked off some of these sets over time.  This is a favorite as the Hoops set itself was pretty cool and this all-star subset had a gold border, vice the silver for base cards, which gave it a cool vibe to me.  The best is that it comes with actual all-star game photos.  Win!  We'll kick it off with the man, the myth, the GOAT...

As is with most of these sets they are loaded with greats of the game. Sir Charles and Larry "Legend" are two of the many that stand out from this era though Bird was nearing the end of his career.  Not to be left out, Joe Dumars is a Hall of Famer many don't think about but was so good back in the day and would have been a great "3 and D" guy today.  Don't sleep on him.

Three more Hall of Famers?  Sure.  There ya go.

And three more... This set was well under $5 before the recent price escalation but was still under $9 with shipping when I picked this one up earlier this month.  Though most sets of this are going for more right now, if you're patient there are deals to be found. 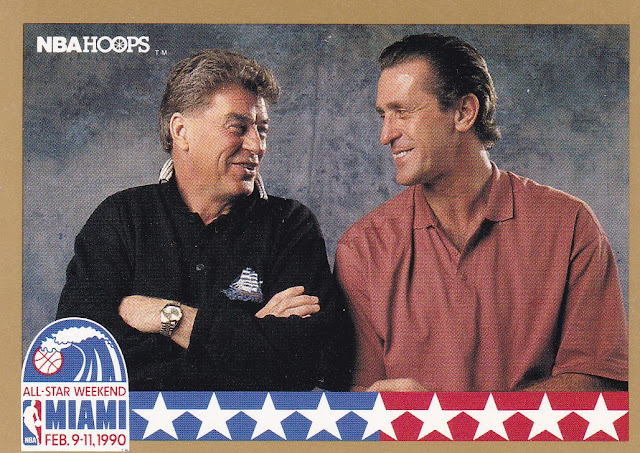 I really like the photo of these two coaching greats together. You can only imagine how fun conversations get between coaches behind closed doors.

Nique!  Always that much more fun when you're all-time favorite player is in the set.

Three more greats.  Lever was so good but so many fans today will never know that.  Fat Lever averaged eight or more rebounds a season for four years and averaged nine rebounds for two of those years while averaging 6.2 assists for his career.  An injury at the age of 30 effectively ended an excellent career playing only 116 more games.  His #12 was retired by the Denver Nuggets in 2017.

And the backs?  Freaking awesome.  They give you the player's all-star game stats from each all-star game he played in, a color logo and small write-up.  Love it.

This is a 26 card set.  Of the 27 players and coaches all but five players are in the Hall of Fame.  Wow.  So glad I picked this up.  I love the NBA and all these guys were a huge part of my growth as fan of the sport.  We'll finish off this post with Tom Chambers whom I'm a big fan of. 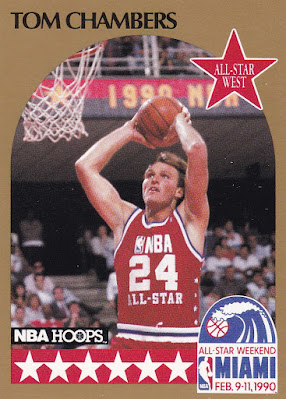 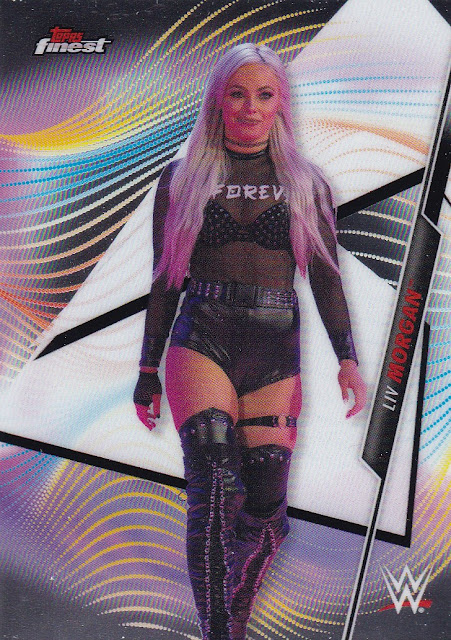 2020 Topps Finest WWE: I'm not a shiny card guy but it seems I keep coming back to them in the WWE world.  This is my first look at these cards which I found in the wild yesterday.  I'll kick it off with this Liv Morgan refractor.  Saying it is a refractor in this case means it has some pink added to it.  Liv Morgan is someone I've always been tempted to PC but I haven't pulled the trigger yet. 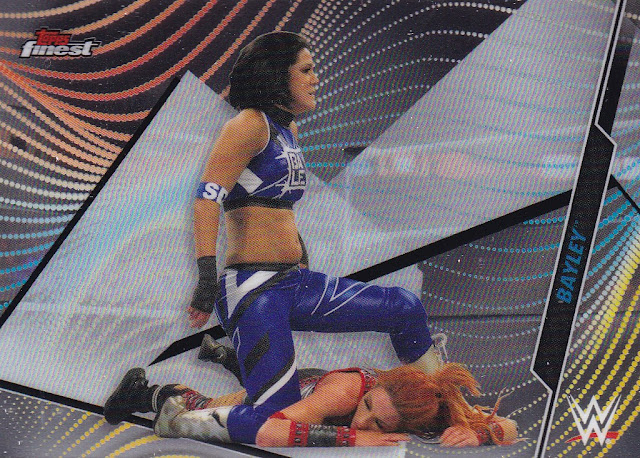 The horizontal cards look just as good. The color on those background lines are a bit more muted in person.  The scanner really makes them stand out.  I actually didn't know they were dotted lines as opposed to solid lines until I saw these scanned.  Old man eyes I guess. 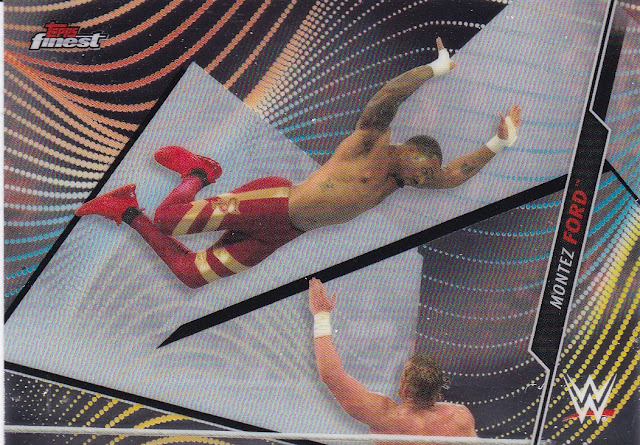 The rookies are shown off as well.  When I saw the Adam Cole card I thought Richard Rawlings of the Gas Monkey Garage had made an appearance. 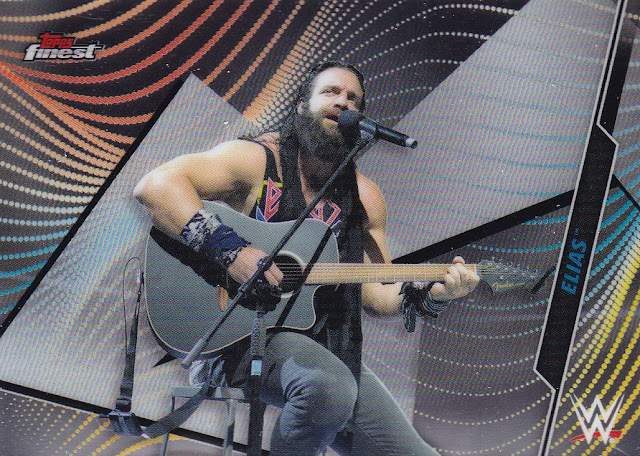 I like this photo.  I know it's part of his act but it is different and fits well.  Fun pack and it's always enjoyable finding something you haven't seen before in stores.  We'll end it with The Miz who is really popular right now and is someone some of us remember watching on The Real World back in the day. 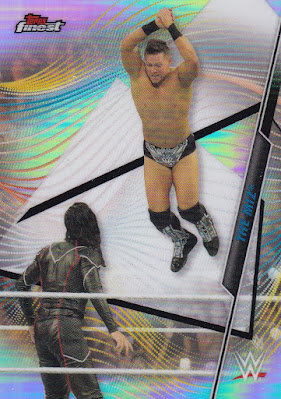 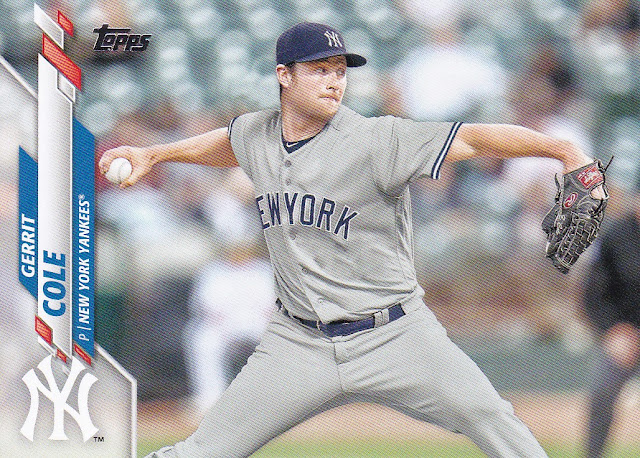 2020 Topps Series 2: Picked this up last July but figured I'd show it off today.  Gerrit Cole was great as always in his first year for those darn Yankees.

Pulls in series two packs can definitely be spotty at best but I was happy with mine overall.  Even happy about pulling Mookie though he's in a Dodgers uni.

Loved pulling this Aaron.  That Yonny Chirinos is a rainbow parallel.

Shun Yamaguchi had a really bad first year in MLB but hopefully he can rebound this year. 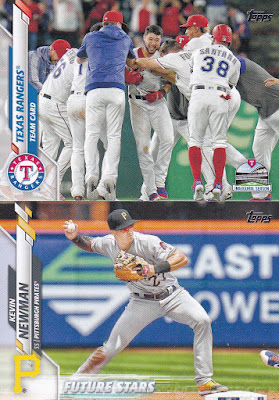 Team cards add some fun and variety to the packs as always. 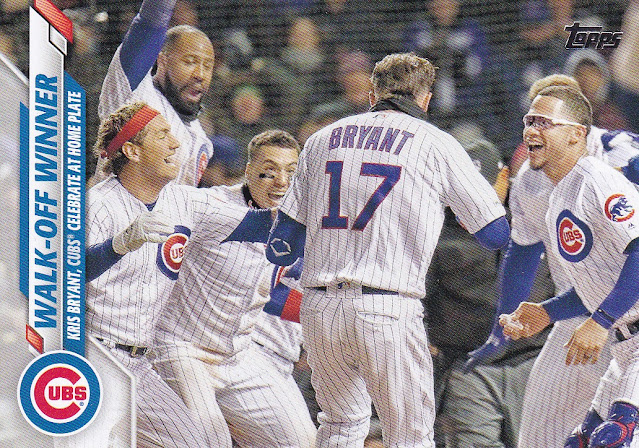 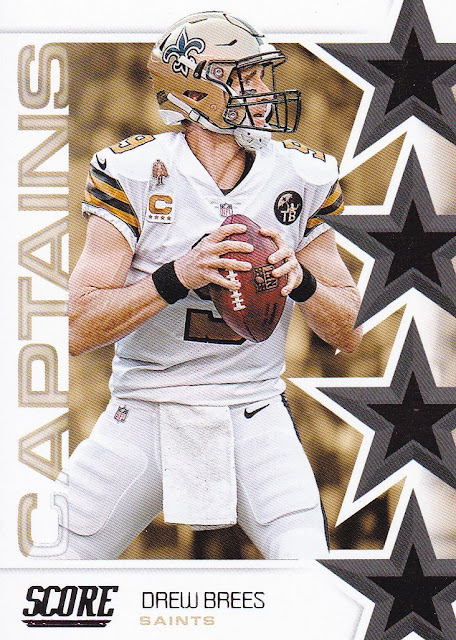 2019 Score Football: Drew Brees retired this week so this blaster seemed a great way to kick off this Sunday.  Dude was crazy good for so long and of course holds many NFL passsing records to show for it. He won a Super Bowl ring to go along with his great career.  He also has one of my all-time favorite cards where he looks like a boss as a San Diego Charger.

To say I like 2019 Score is an understatement.  I picked it up ever chance I got.  This post has been sitting around for a while ready to go.  I had a really good pull including this Mahomes and PC guy Luke Kuechly. 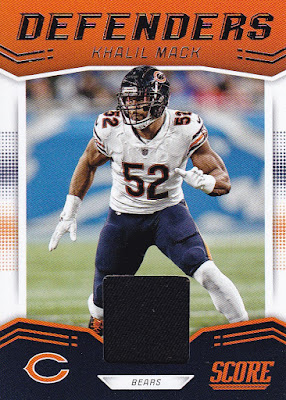 These blasters come with hits and mine was a good one.  Mack's hasn't hit double digits in the sack column since 2018 but he still had nine last season.

There are always plenty of inserts in Score.  Epix seems to be a collector favorite.  The Throwbacks Steelers card is a miss.  I see no throwback in that uni. 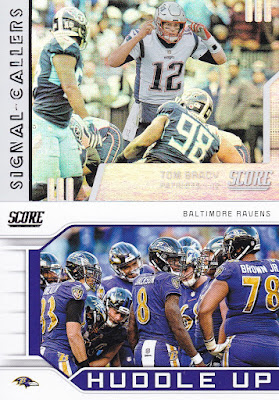 Tom Terrific.  'Nuff said.  That Ravens Huddle Up is one of the better cards from this insert set in my opinion.  The photo is taken closer to the huddle than may of the others I've seen.

Score does a good job showcasing rookies as well with base cards and inserts. The excitement around that Haskins rookie card felt a lot different when I pulled it two years ago.  Same can be said for the Minshew but in a different way. 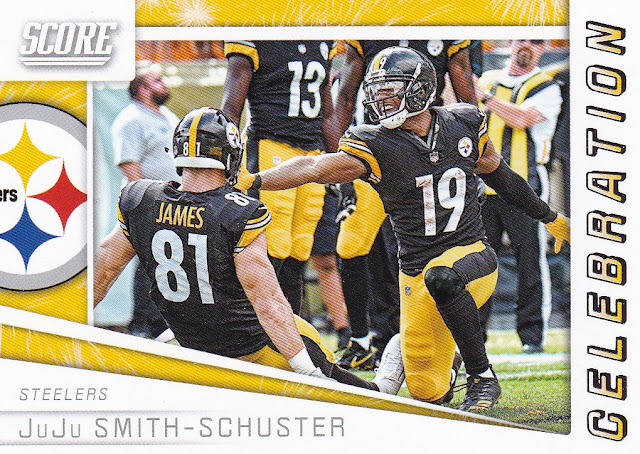 And another Steeler...This was a fun box of cards.  Love this set and I enjoy looking at these each time I post them. 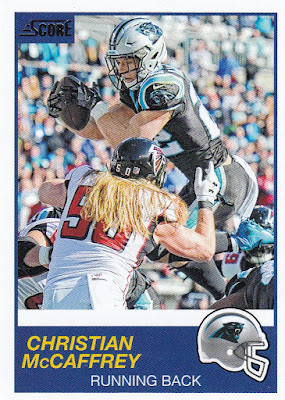 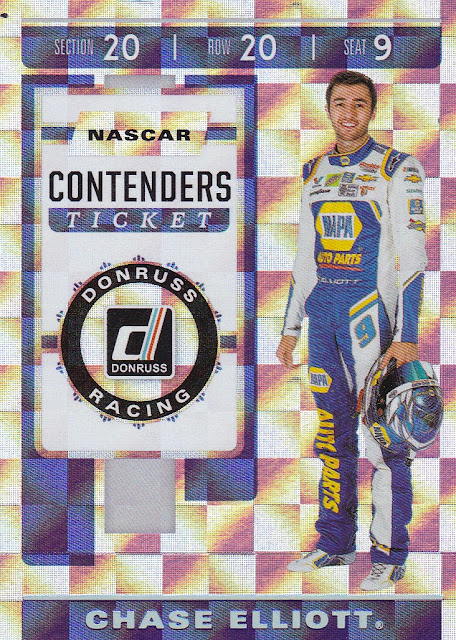 2020 Donruss NASCAR: I was out for a long drive yesterday with the music up and ran by a Wal-Mart I haven't been to in years.  Found me some 2020 and 2021 Donruss NASCAR fat packs which made me really happy.  We'll kick this pack off with the reigning NASCAR champion on this checkerboard parallel Contenders insert.  Chase Elliott is having a good start to the season currently sitting in fourth place after four races.

This set's base card design is shown on that Clint Bowyer card while the Retro 1987 cards have almost the same amount of cards within the set.  I think the black borders and race wheels in the gray border really work even though I'm not a big fan of that design on the original 1987 baseball set. 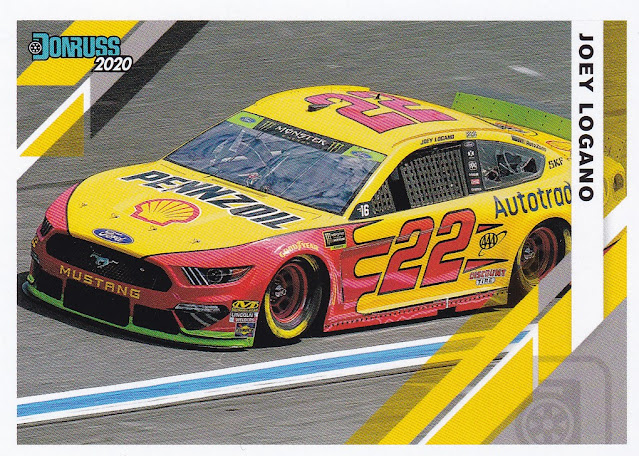 I enjoy seeing retired greats in the set like we do here on that gray looking silver parallel of Michael Waltrip.  The Sorenson and Almirola cards are Carolina Blue parallels while Almirola's card is also one of the Optics that collectors like finding in these sets. 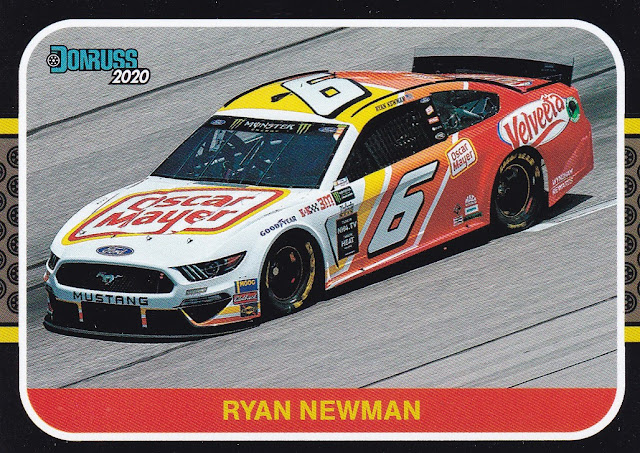 The Top Tier inserts are nice looking cards working in the driver and the car.  Another retired great, Hall of Famer and two-time champion Terry Labonte.  I'm a big fan of the Race Kings cards as well as all the "Kings" cards across the different Donruss sets.  Fun pack.  Plenty of good drivers and a nice surprise find these. 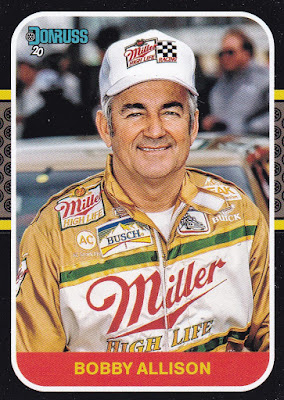 Mail Day: Trade with All Cardinals All the Time 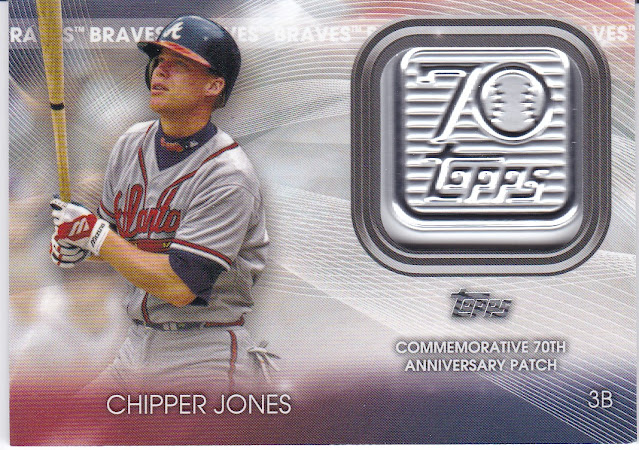 Ray from All Cardinals All the Time reached out for a trade after reading my post of a 2020 Topps blaster.  He threw up a post about some of the cards that went his way and it's always fun seeing those.  I was excited knowing this Chipper Jones patch was headed my way.  I liked the look of this insert but the odds of grabbing one in the wild was pretty low.  He also sent more Chipper which is always a good thing.

I'm not a Cardinals guy but there are some Redbirds I do like to include Ozzie, Mac, and Vince.  All three were so much fun to watch play. 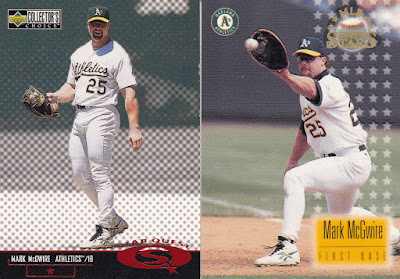 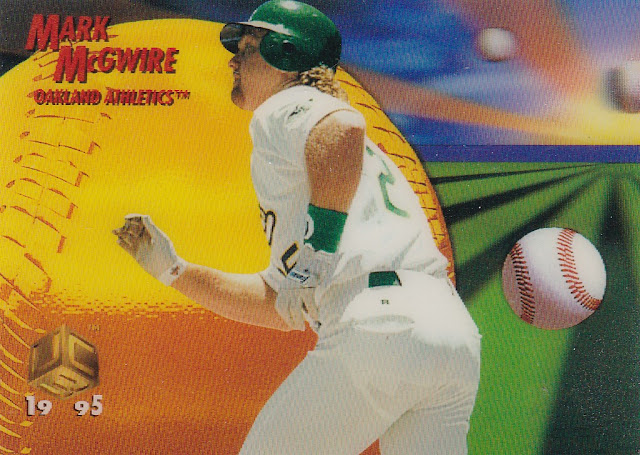 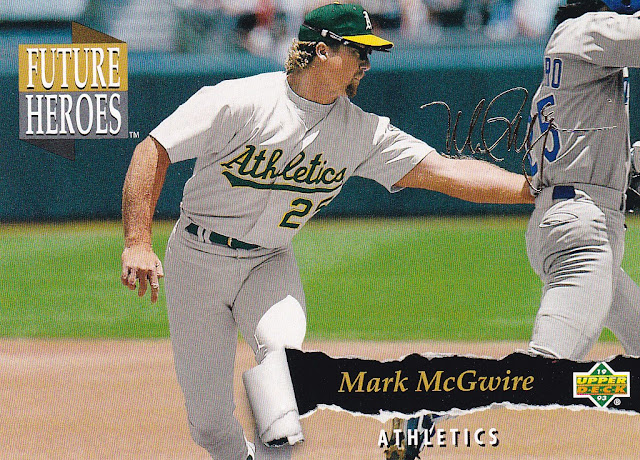 I'm really enjoying all these cards but that USA Baseball rookie card is the highlight.  Such an iconic card.  So many of these have great photos but the Fleer art is one I've always liked as well. 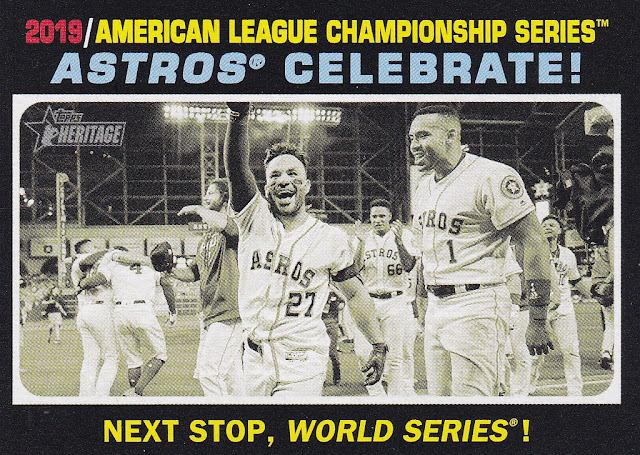 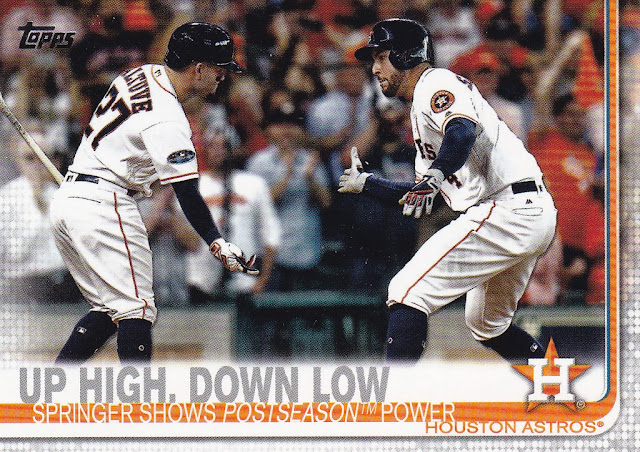 Lucky for me Ray's son is an Altuve fan so he had some extras running around.  The Astros deserve all the grief they've gotten the last few years but I'm still a big fan of Jose Altuve.  Thank you so much to Ray for reaching out and for the great cards.  He really went above and beyond with these cards. 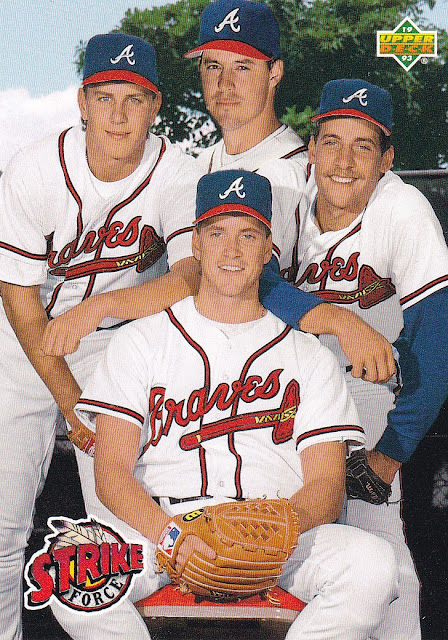