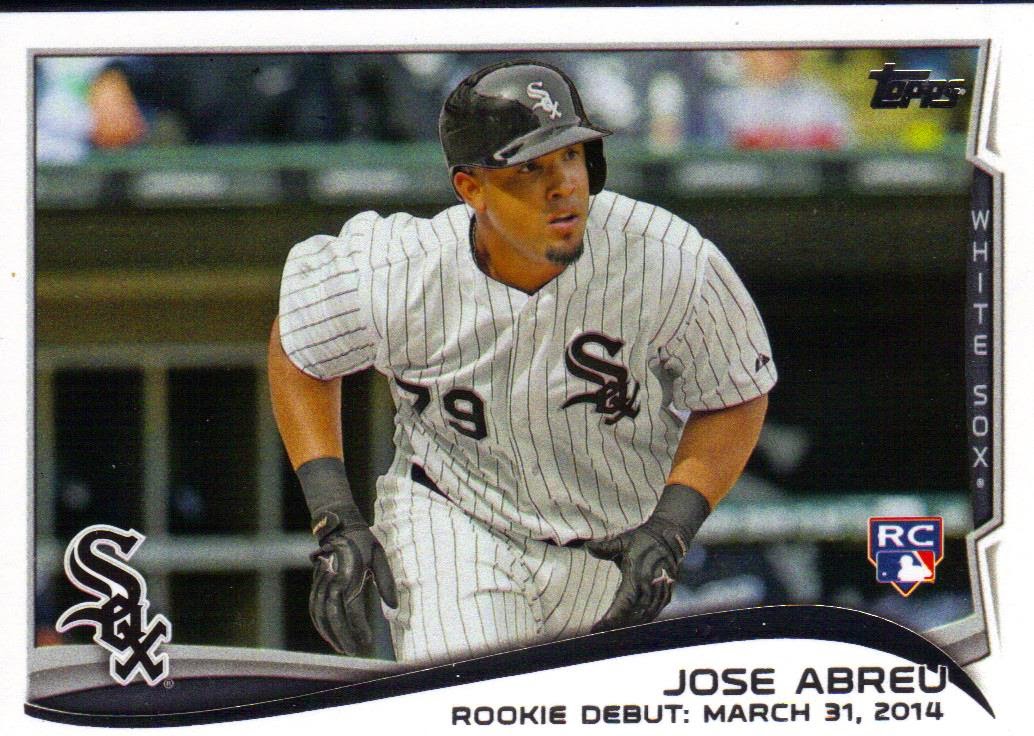 Picked up a pack of the 2014 Topps Baseball Update Series.  There were 12 cards in the pack which I think I paid $1.99.  I like these cards.  I stand by what I said about the design in my original post on the 2014 Topps cards.  The design is just average.  What I did like about these card were some of the different types of the base cards.  The Abreu card is a nice card that specifies his debut.  While it is labeled "RC" he is already a star and this was not his rookie card.  Still I like the debut information on the front of the card and on the back they detail how he did (2 for 4, 2B, RBI, R). 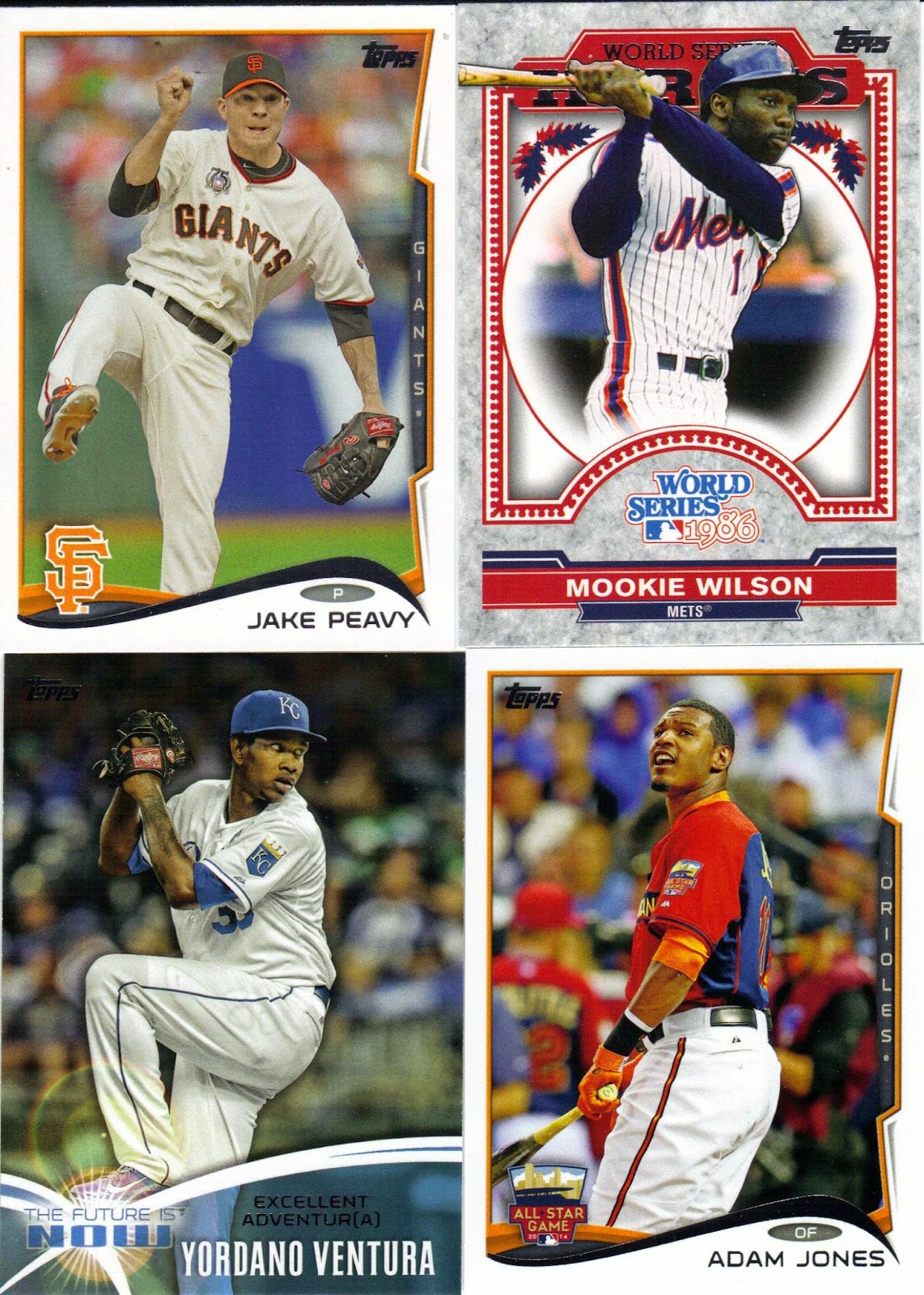 I pulled two All-Star game cards.  I love All-Star Game subsets.  These contain photos with the players in their all-star jerseys which I really enjoyed.  I also pulled a Mookie Wilson World Series Hero card.  I love retro and enjoy looking back at cards like this even when they contain players who beat my beloved Red Sox in the World Series.  It is a simple but nice design with a nice write up on the back.  I also pulled two players who would go on to face each other in the World Series.  Jake Peavy in his  San Francisco Giants' uniform and a "The Future is Now" Yordano Ventura of the Kansas City Royals card.
The other cards in the pack featured players in their new uniforms or young players who might not have been featured in the base set.  The card numbers are numbered with a "US" in front of the number to designate they are part of the update series.  I might actually pick up more of these if given the chance.  Now that the Super Bowl is done it is time to look forward to baseball and the 2015 Topps baseball is due out this week.  Can't wait.