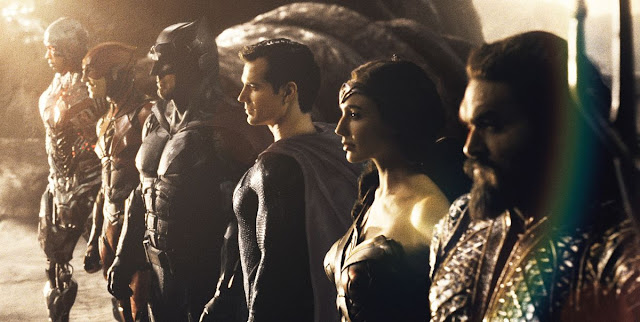 Zack Snyder's Justice League: Finally got around to watching this one.  I really wanted to not like it.  I mean sure anyone can improve on a movie when: 1) they know what everyone disliked about the original, 2) can put out a four hour movie and 3) and seemingly have no restrictions put on you but the movie execs.  I wasn't as annoyed as others about the original but I understood the complaints.  Snyder did a good job and it was enjoyable to watch.
Zach Snyder did a good job providing more background on the characters, providing more depth to the plot, and letting the characters shine.  In the end the good guys still win.  Darkseid is still out there and a huge threat.  This really could set up the world, including Amazons, Atlanteans, men, etc. in an epic battle to save the world.  I guess we'll never see that.  The battle near the beginning of the movie with all the different factions saving the earth, including a Green Lantern, was more fun this go around. There's also a fun new character added to the film later on.
Cons would be all the wistful music and slow motion scenes especially early on.  I was ready to quit the movie 30 minutes in.  There are still some wonky graphics.  All the added goodness didn't really change anything.  And what is the payoff?  It doesn't seem to be lead to another Justice League film.  Maybe some of the solo films coming up will help lead to something but there is nothing but silence from D.C. Also seemed like the movie was over before it actually ended.
Bottom line is I liked this.  As a movie?  No.  As an excellent TV series yes.  It has that feeling to it and it took me three sittings to watch all of the movie.  Maybe it is also really good as two movies.  Worked for Marvel.  D.C. is moving forward with plenty of movies but we don't see Superman or Wonder Woman anytime soon (that I can tell).  Seems plenty disjointed.  It's no secret D.C. has screwed up their movie strategy but you have to think they can learn from this and turn it around. 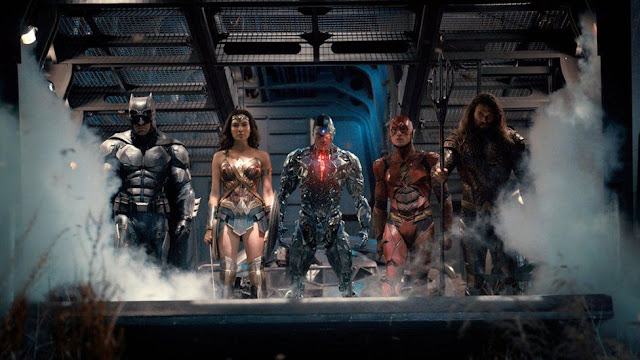