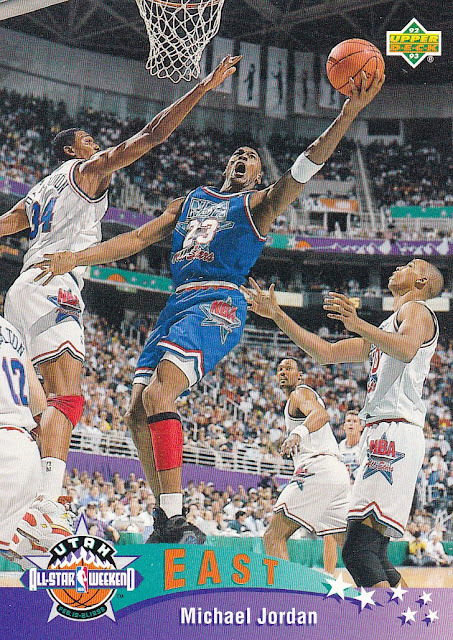 1992-1993 Upper Deck Basketball: Not a favorite Upper Deck design of mine but this pack did have some All-Star Game cards with actual game photos which I love.  Not only that but the GOAT was on one of them with John Stockton, Hakeem, Karl Malone, Dan Majerle, and Sean Elliott making an appearance.  Great photo and card. 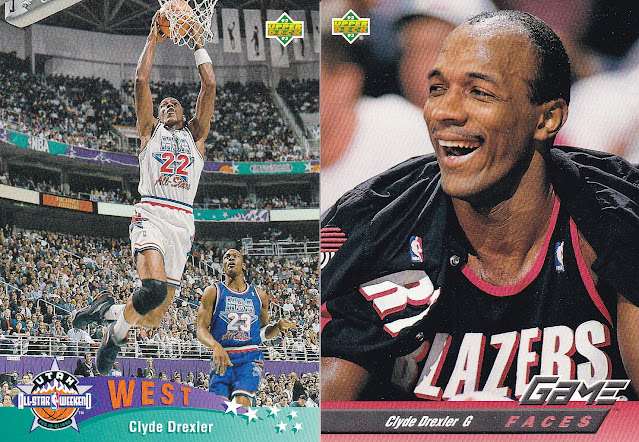 Trail Blazers great Clyde Drexler including MJ watching him score in the All-Star Game.  Jordan was not a fan of Drexler so he could not be happy about that.

The base card pull wasn't anything special.  Where is the team logo?  How hard is it?  There's plenty of room and would have given the cards a better look. This pack was one of five I purchased off eBay from different older sets.  Found a buyer with good variety for single packs and for a the price of a few blasters I was able to get some packs I wanted. 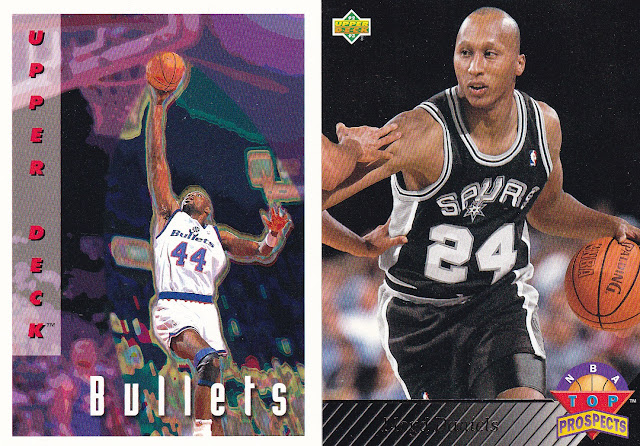 The other Grant  brother on this insert (Harvey).  It has an artsy feel to it which is okay.  Lloyd Daniels had a promising first year with San Antonio but drugs derailed any chance of success he had.

Jay Humphries really had a solid career.  I don't why but I always liked Frank Brickowski.  Maybe it was that last name.  Fun pack of cards.  Kevin Johnson on one of those great Upper Deck art cards is a nice way to finish this up. 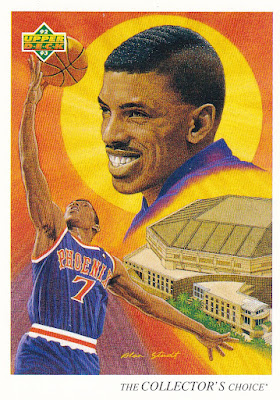