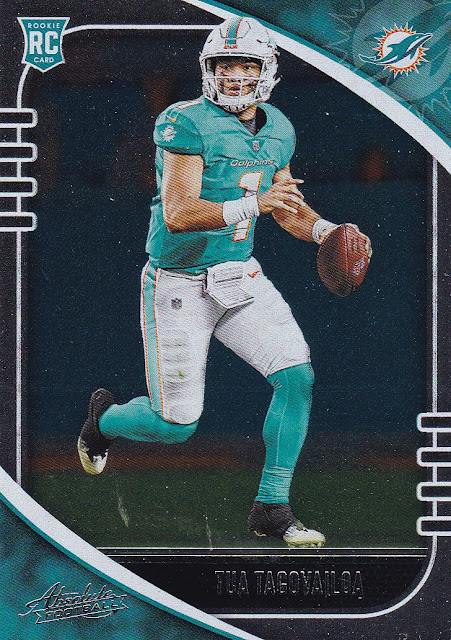 2020 Absolute Football:  Great having football back on Sundays.  I'm watching football on the couch in my Warrick Dunn Falcons jersey.  We'll kick off this pack with Tua who is looking to take his game, and the Dolphins, to the next level.  I'm curious what he can do.  If he can succeed he'll be another of the nice young quarterbacks the NFL has going for it.

These base cards of veterans look a bit different from the rookie cards. They are both very similar but it's nice to have them look similar yet different from each other.  I know Todd Gurley isn't playing at the moment but I'm still a big fan and was really hoping his year in Atlanta would be something of a comeback.  That never materialized.

Plenty of rookies in these packs as they almost made up half the cards (9 of 20).

A few inserts and a Boomer Esiason sighting.  Not only that but in a Cardinals uni.  Didn't see that coming.  Pulled PC guy Christian McCaffrey which is always nice.  Good pull and good looking cards makes for a fun pack. 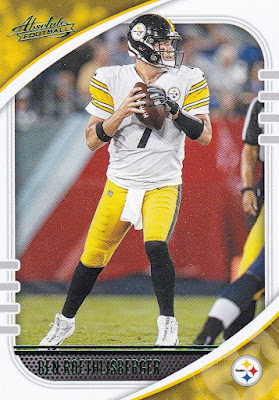