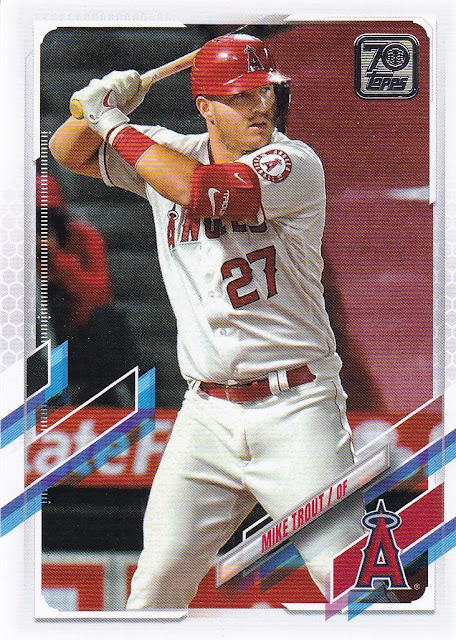 2021 Topps Baseball:  They finally made it to my small corner of the world so I picked up a blaster, a few hanger boxes and some smaller packs.  Let's kick it off with the blaster and the man himself.  This blaster was like a Mike Trout hot box.  Three of his cards including this one.  Love it.  I'm a big fan and he is so frickin great.

I wasn't sure about these when the press photos came out last year.  Folks talked about how they looked like last year's Donruss.  Once I got them in hand there were no issues at all.  These are really sharp looking cards.  Crisp with really good photos for the most part.  My only complaint, and a complaint of almost everyone, is that teeny tiny font.  What moron at Topps thought that was a good idea?  Still I like the design so I'll overlook it for now. 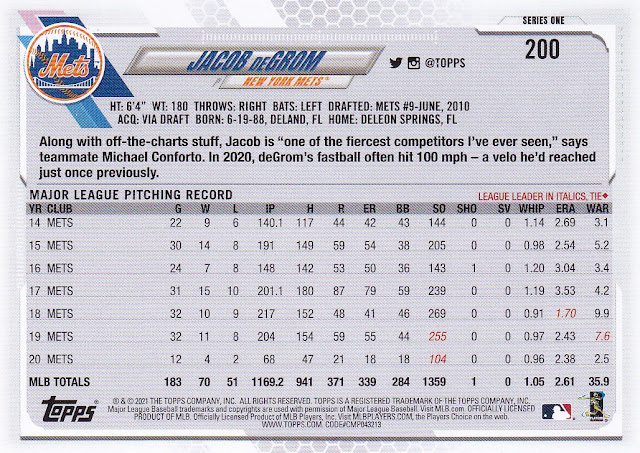 The backs are fairly good with the stats we like to see.

The youngsters have their day with the normal RC, Rookie Cup and Future Stars variety.  Or the Rookie Cup/RC card in the case of that Alec Bohm card. 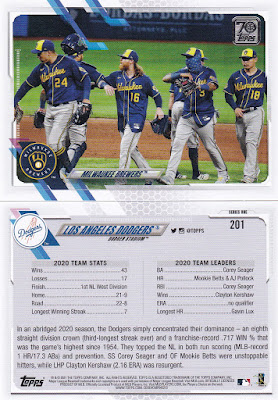 Two team cards here. I like the inserts and stats/facts/team leaders on the back.

Here ya see a royal blue parallel which I like and a rainbow parallel and a league leader.  The rainbow parallels don't do anything for me in hand but aren't bad looking cards.  I'd like if the league leader cards had a stat on the front.  Something as easy as "HR XX" with XX being the player's homerun total. 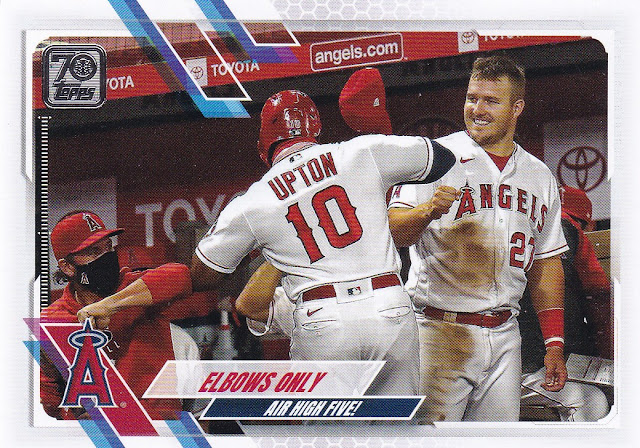 Checklist cards show players in any any variety of situations and are nice cards.  If you count this as a Trout card I actually pulled four Trouts in this blaster.

Here we have the 1986 Topps 35th Anniversary, Chrome, and Stars in Service inserts.  Not a big fan of the '86 set but these are okay.  I do like the Stars in Service cards showing players supporting the community in various ways.  This card is only one example. 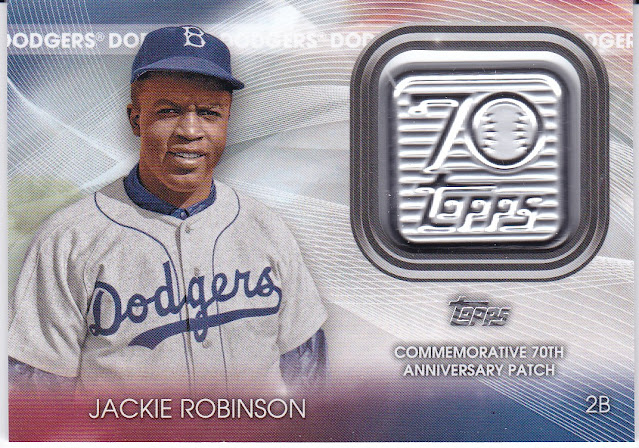 My relic.  Not bad looking cards.

Glad Topps and MLB didn't shy away from the masks that were 2020.  It wasn't overly done but you see players wearing them whether that be in the dugout, at the plate or even in the field. 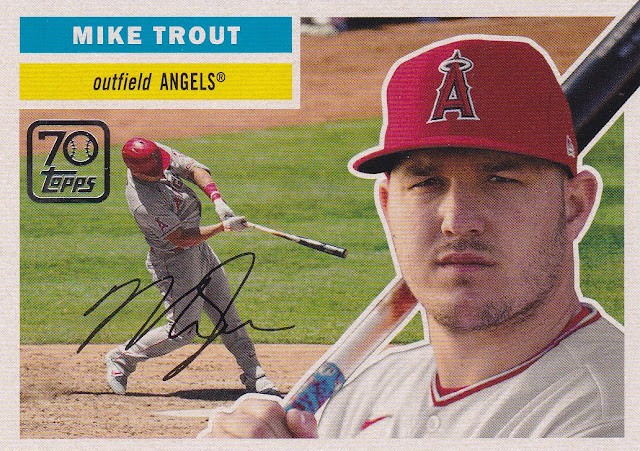 Did I say I pulled a few Trouts?  This is a Topps 70 Years in Baseball insert. This set shows players on cards of various designs throughout the years. The 1952 Topps Redux inserts are one I like.  Not sure why but it works for me. 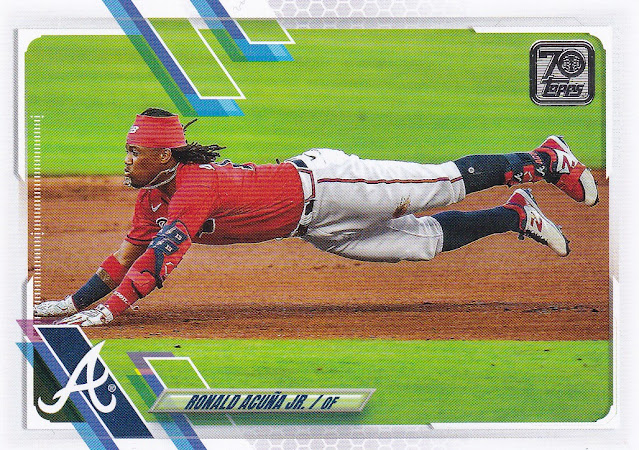 And I pulled Ronald Acuna Jr.  Whoo hoo.  This was a fun box.  I like the design and the photos are good.  And if you're still looking for that last Trout, it is below.  I'm looking forward to more of these throughout the year. 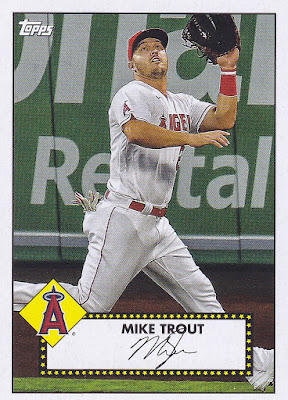