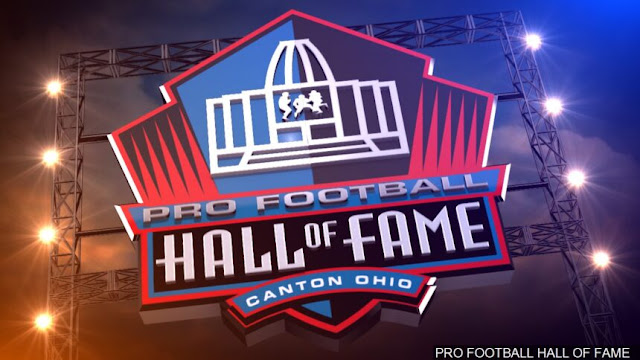 The Pro Football Hall of Fame will induct ﻿Peyton Manning,﻿ ﻿Charles Woodson﻿, Calvin Johnson, ﻿Drew Pearson﻿, ﻿Alan Faneca﻿, Bill Nunn, John Lynch, and Tom Flores as part of their 2021 class.  No arguments with any of these.  I love the Hall of Fames across all sports and the honor it is to be inducted so I look forward to this time of the year.  Manning, Woodson and Johnson were no brainers.  Superstars in the sport they probably took the least amount of debate.  I'm a big fan of Drew Pearson from my days growing up in New Mexico and watching the Cowboys every week.  You can see the video of him getting the news here and it was nice to see.  I know Flores' overall coaching record won't wow folks at first look but he won two Super Bowls with the Raiders while winning 61% of his games coaching in Oakland and Los Angeles.  I was a bit surprised Lynch got in but he was definitely one of best safeties in the game.  Faneca was excellent as well.  Seems like NFL players have to wait a long time to be inducted and this guy was one of those but none the less deserving.  Reading up on Nunn he sounds like he had a lot to do with those legendary Steelers teams that started in the seventies.  Great class this year.  I love Peyton Manning as much off the field as I did when he was between the lines.  Woodson is a Michigan alum who was so dominant.  Fun to go down memory lane during this time of year.  Congrats to all the inductees.