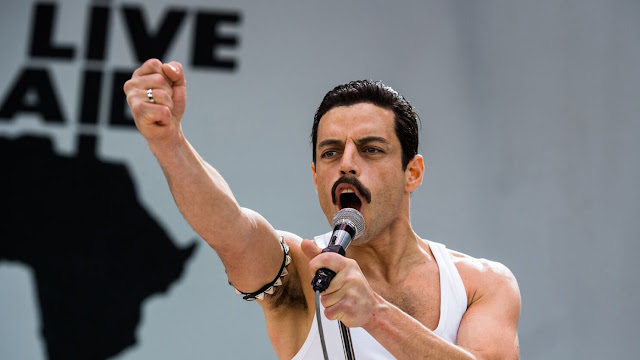 Bohemian Rhapsody:  I've seen the majority of this movie over time but I had never seen it all the way through until last weekend.  I really enjoyed this movie.  I'm a Queen fan and the film hit all the right notes.  Sorry for the pun.  From the story, the acting, the music and the visuals it was so much fun to watch.  Rami Malek plays Freddie Mercury, one of the greatest showmen of all time.  And Freddy is the star here as he was with the band.  But that isn't to say they aren't all stars.  The movie is about the band and without the performances by the rest of the primary cast the movie wouldn't be the same.  This is a movie and you know parts are glossed over but they did a good job hitting the low marks and the highlights.  Rami Malek made this an easy watch.  You just believe he's Freddie Mercury.  Lots of goodness to be had here and I obviously recommend this movie.  If you like Queen I think you'll like them even more after watching this.