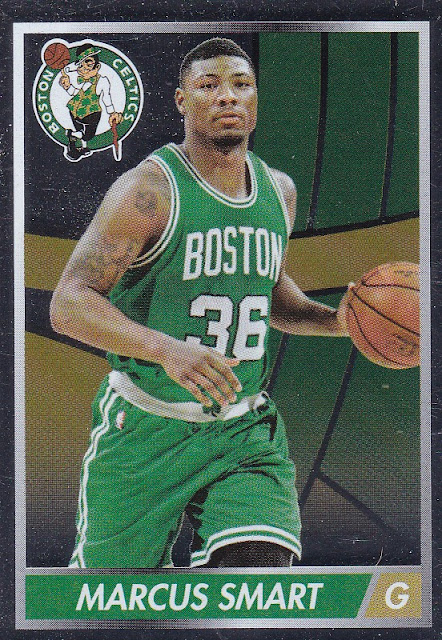 2015-2016 Panini Basketball Stickers: I've had stickers from different sets and sports laying around so I thought I'd show them off.  From the dates I'd say they've been laying around for quite a while. If you're like me these really bring back memories of your childhood and buying stickers and the books you put them in.  This Marcus Smart is one of the foil cards. 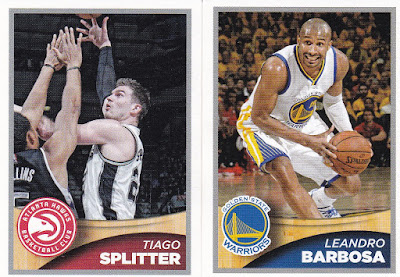 I like the design on these base stickers.  Simple but with a nice team logo and plenty of room for the photo.  The only omission is the player position.  My pull from this pack wasn't that great but this set has a total of 483 stickers which means pulls like this wouldn't be that uncommon.  Each of these guys did win a championship in their career and Barbosa was the NBA 6th Man of the Year playing for Phoenix in 06-07.

It's always fun looking back at cards from older sets like this. Some players were big deals at the time but like any sport it is never a guarantee they'll continue to shine.  Nerlens Noel was one of the first pieces of "the process" in Philly but injuries and some guy named Embiid meant his time there would be short.  Fun find and I'll show off more stickers as time goes on. 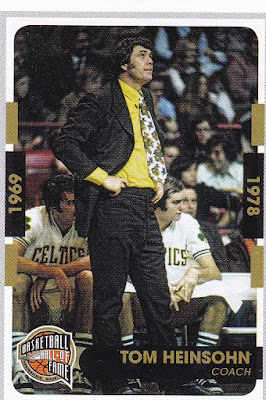 It was this suit and tie that got Tommy Heinsohn elected to the Hall of Fame.  Just saying...
BREAKDOWN:
7 – Total Stickers
1 – Foil
1 – Hall of Fame
Posted by Bulldog at 6:44 AM