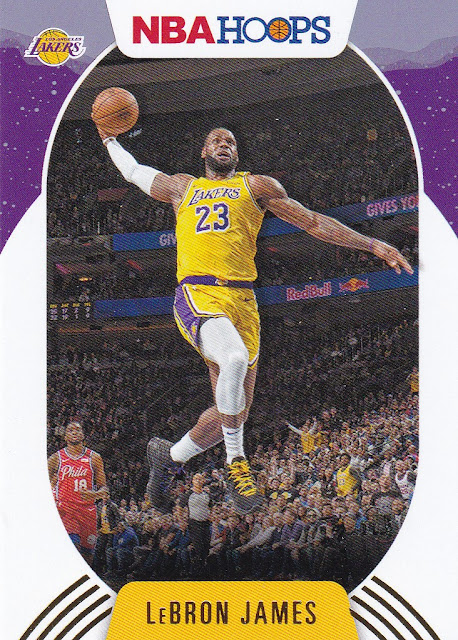 2020-2021 Hoops: I'd missed out on these the first time my small town Wal-Mart had them two weeks ago.  Nothing new on the shelves Friday night when I went for something else.  Then yesterday morning there was Hoops and NFL Optic which I passed on.  I didn't take all the Hoops but so glad I did grab some as by the time I checked out all the Hoops and NFL were gone leaving only baseball and hockey.  I'm very happy to get these.  I love the NBA and basketball but was resigned to not getting to buy any of these outside of picking up singles or team sets.  These are just in time for the NBA All-Star Game tonight.  To the cards and we'll start here with King James!

The design isn't too bad though the borders take up quite a bit of room.  Maybe let the team colors come down the one side or the other would have been good too.  I'm happy overall with the photos though and I can live with any issues I have with the design.

Plenty of rookies in the blasters and I pulled three of the top five in scoring this year.  Ball is the most impressive so far and looks right at home in the NBA.  I really wasn't high on him but once again I prove why I'm not a GM. 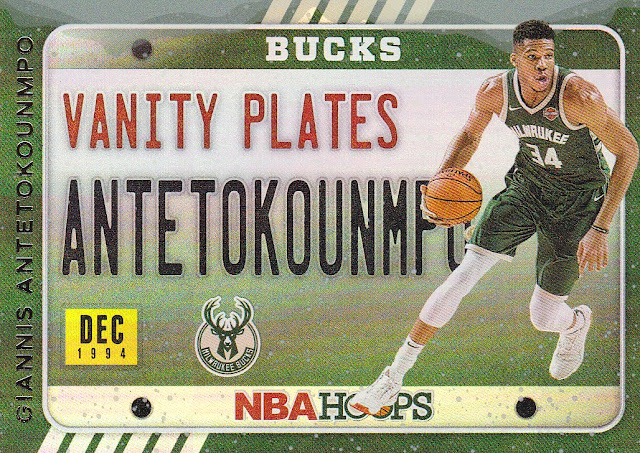 These inserts are a bit bland for me.  They're not bad and probably hit the mark for a vanity plate but I'd think vanity plates for these guys could be more. 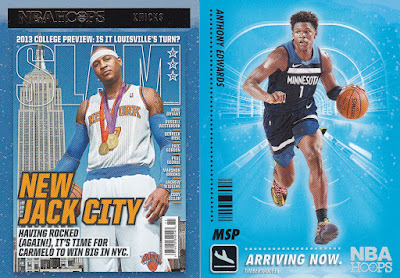 I love the Slam magazine inserts.  I got quite a few from everything I busted and may look at completing the set.  I know that may not be cheap so don't hold me to it.  Arriving Now is another opportunity to showcase rookies but I'm not feeling it.  The background does nothing for me. 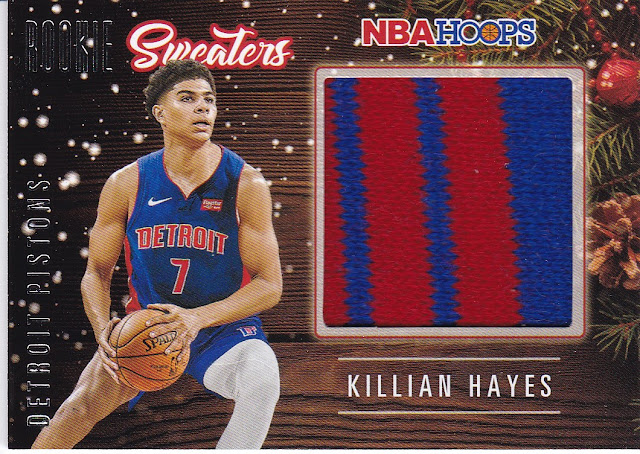 Each blaster have a relic or auto and I pulled Rookie Sweater relics in each of mine.  They're okay but not exciting.  Killian Hayes is still finding his way with Detroit only averaging 4.6 points per game.

The backs are the standard boring black and white we are accustomed to with Hoops. 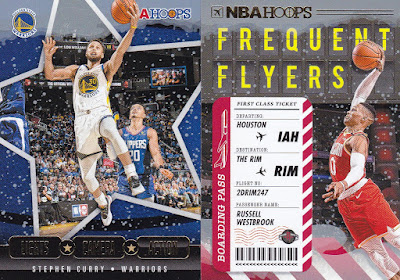 I like the Lights Camera Action design for this year.  That star is cool and in my mind gives more hype to the stars on the card.  Frequent Flyers isn't bad but the ticket and title could have been smaller.  Nice Westbrook photo. 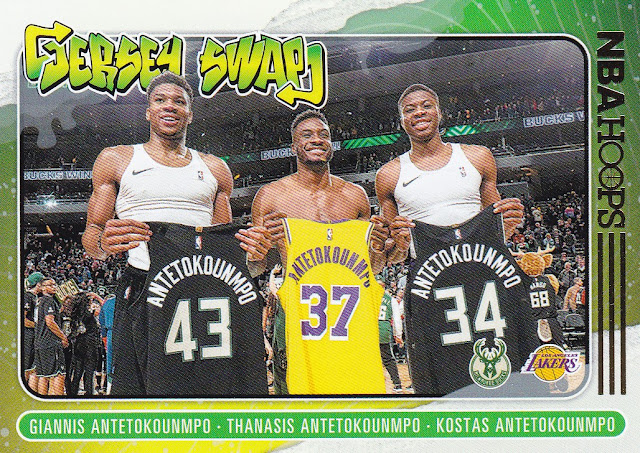 The jersey swap cards are simple but work.  This is somewhat new in the sports world and I'm good putting it on cardboard.  Was this fun?  Heck yeah.  It was great finding these in the wild and I was like a kid ripping them when I got home.  A good pull, design and variety helped make it fun.  I'll show off the rest of the packs and blasters I picked up over time.  Enjoy the game and festivities tonight. 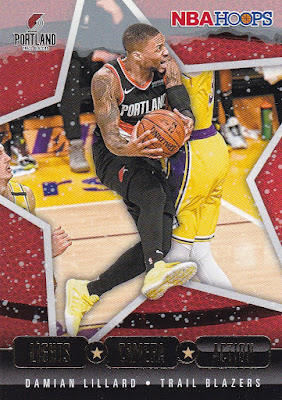