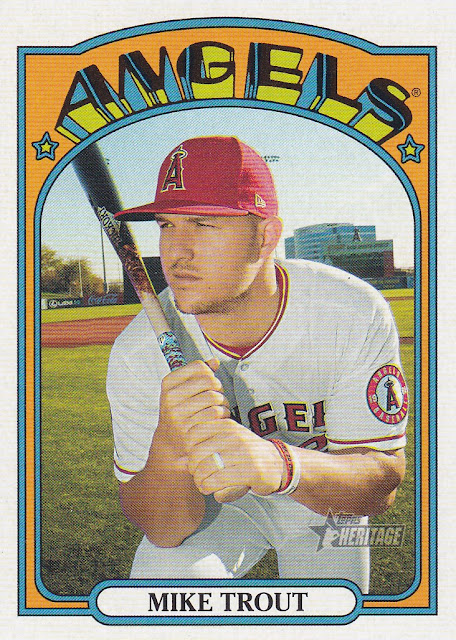 2021 Heritage Baseball: I found some Heritage this weekend as well as a tin which I'll show off later this week.  I'm not a huge fan of the older designs but Heritage is in the 70s now so there'll be more designs I like.  I was excited until I checked out.  This hanger box was $11.  Other than the card stock I don't get it.  But on to the good which starts with this trip back to '72.  I'm good with this design.  It's quirky and definitely something I can see being done in 1972.  Pulling a Mike Trout is always a good thing.

Static photos of players isn't that exciting but some photos have more character than others.  Thank you Joey Votto. 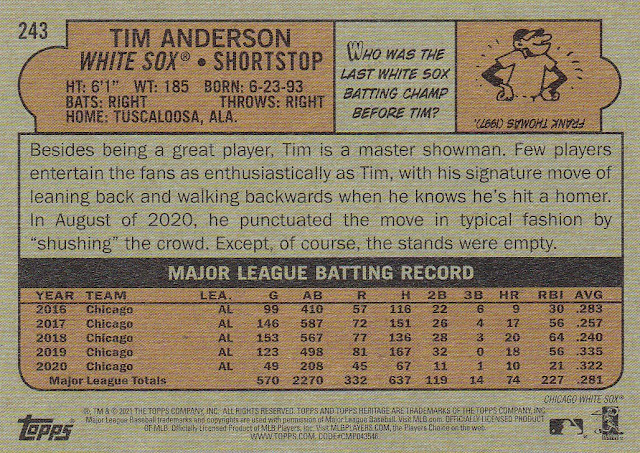 The backs are fun and take you back to when you were a kid. The trivia are always fun as well.

There are some inserts.  The Boyhood Photos is a cool concept.  New Age Performers highlights players who have "outdone all-time greats".  What did Dave Fletcher do you might ask.  I don't really know.  On the back it talks about his defensive versatility and compared him to Bobby Grich on the '72 Orioles.  <yawn>  I do love me some World Series cards. The back has the box score which doesn't do justice to what might be the craziest finish ever in a World Series game. 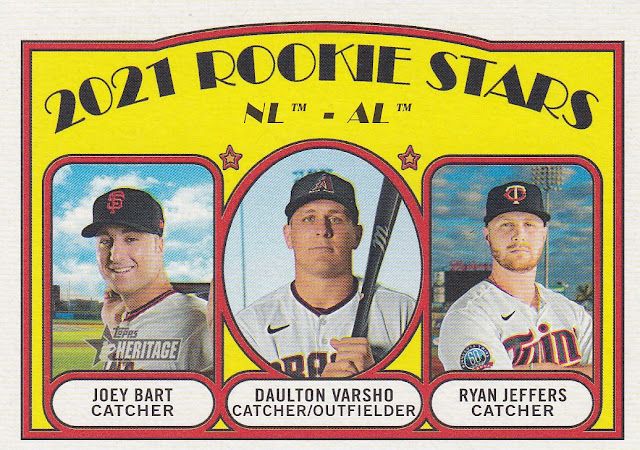 The Rookie Stars inserts will have either young players from the same team, different teams within the same league or across the leagues as you see here.  There might be two or three players on each card. 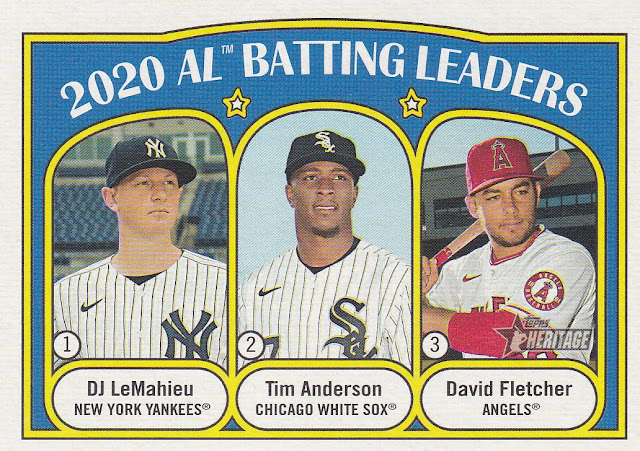 I like League Leader cards.  Simple but a fun look back at the top players for a season.

In Action inserts finally get us on the field.  The designs overall are pretty true to the '72 versions.  This probably isn't my favorite Heritage design but I do like it better than most.  We'll end it with Mike Yastrzemski, a PC guy, whose first two years in the big leagues were very solid.  Hopefully he can keep it going this year. 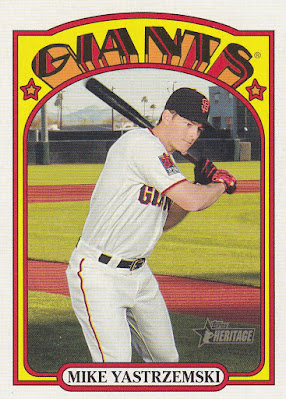