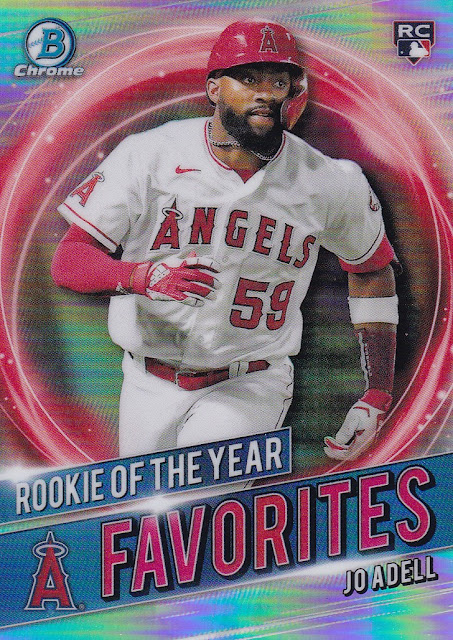 2021 Bowman: A few of these were at my local Wally World yesterday so I grabbed three packs.  I have to say collation was bad amongst the three packs so I ended up with some duplicates which was disappointing.  Each pack comes with five Chrome and this Jo Adell was a nice Chrome pull and a great place to start.  The price point on these is $9.99.  I forget these are that expensive or I would have only pick up two packs.  I'll show off the other two packs throughout the year.

Almost every young player in these packs were players I'm not familiar with.  I did pull a Brave so hopefully in a few years I'll see Drew Waters in the majors.  I like the design this year.  It's a bit busy but I've found past designs on the boring side. 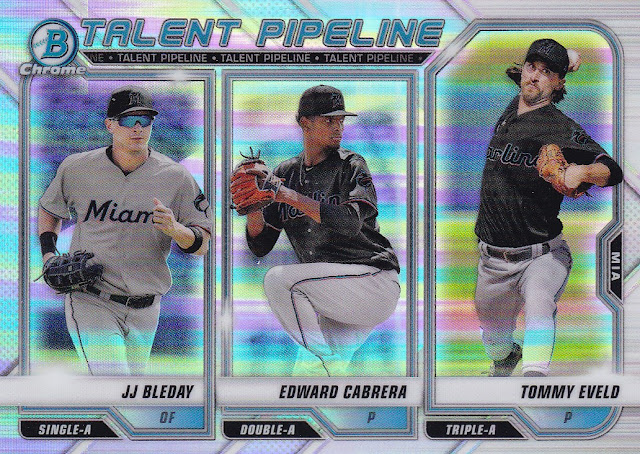 Plenty of young players in these packs.  I was happy with the photos for most part as well.

Veterans are also part of the set but it seemed like I had anywhere from two to six veterans in each pack.  These four were all duplicated in another pack.  Other than the duplicates I like these cards.  I won't look for more except maybe some singles. 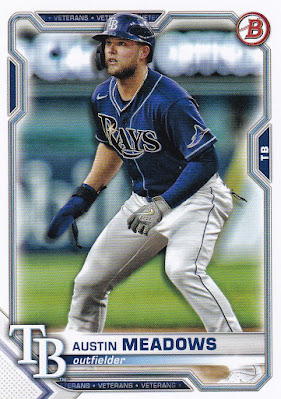