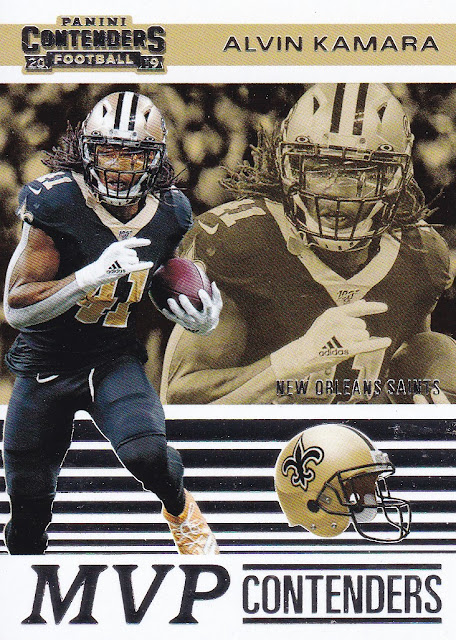 2019 Contenders Football: I've had this one queued up for a while now.  It's a favorite design of mine and I'm a Contenders fan as a whole.  It'll be interesting to see what the Saints look like in the post Brees era.  Always tough seeing one of the greats of the game move on especially for his former team.

Plenty of great receivers here though who in 2019 could have thought Hopkins would now be a Cardinal and the Houston franchise would be in such disarray?  As a reminder the Section/Row/Seat correlate to the player's Weight/Height(FtIn)/Jersey number.

Also it's doubtful anyone would have picked the Bucs to win a Super Bowl within two years.  With Tom Brady at quarterback no less.

This design just pops for me.  I know folks get tired of the ticket format it uses each year but this one with the the big circle around the logo is a winner for me.

Definitely some good inserts.  The cards tend to have a lot of white on them so I prefer the colored jerseys best.  Hardman Jr. is doing alright with the Chiefs having caught 41 passes last year.  Another fun pack. 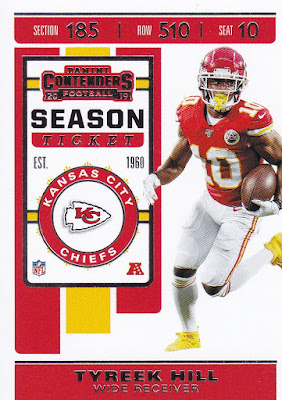