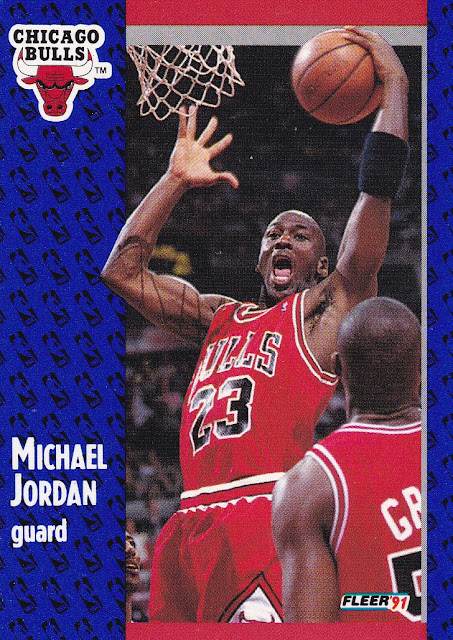 1991-1992 Fleer Basketball:  I love picking up older packs of basketball cards but these have tripled in price over the last year.  I finally pulled the trigger on a lot of packs from the era that included this one.  This pack was actual wax and my immediate thought was it might have been tampered with when I saw it wasn't sealed.  The MJ allayed any fears I might have.  This card doesn't pay for the pack but it's a great pull. 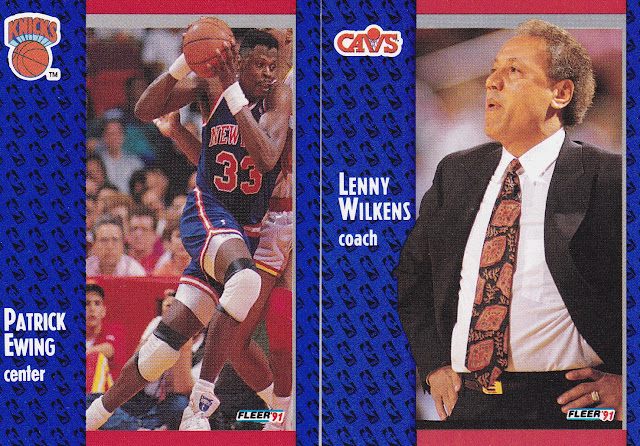 A couple more hall of famers to show off.  This design is always one I want to like but I really don't.  Too much of the card is wasted on the left.  If they'd made that smaller it might be a winner in my book.

This was a coach hot pack with seven of the 14 cards coming from the coaching ranks.  I won't complain considering my pull of players.

Magic Johnson making an appearance as an extra on a few cards. It was fun to open this pack.  Busting wax really is a joy of mine and being a huge basketball fan these older packs are just too much fun.  We'll end it here with Hakeem and his greatness. 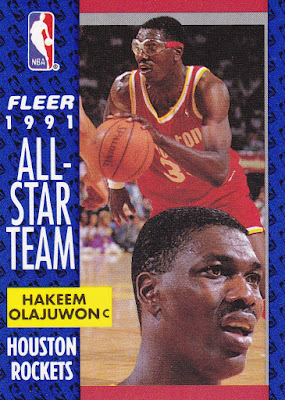