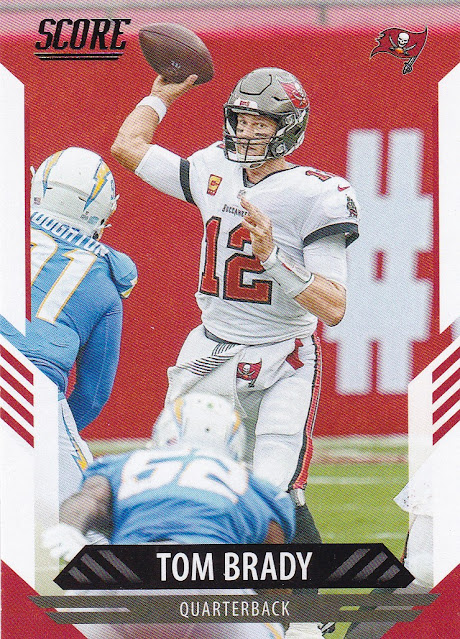 2021 Score Football: Found these in the wild last week so I grabbed six packs leaving more for the next guys.  I'll show the packs off over the year.  I really didn't think I'd find these on the shelves so I almost raised my hand in victory when I saw them.  We'll kick this pack off with Tom Terrific, starting quarterback of the World Champion Tampa Bay Buccaneers.

I'm not sure about the design.  Seems like we've already seen the lines on the sides of the cards in the last year from Topps and Panini.  But overall I can't ding it too much but would like to see some more color. 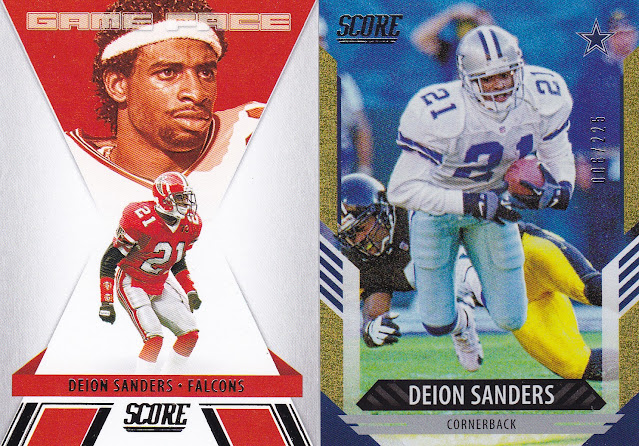 Two Deion Sanders in this pack so I was stoked. Love seeing him in the GOAT Red Falcon unis.  The other card is a Dots Gold Parallel #/225.

I like the 3D insert due to Score's use of current players and retired greats. That said the overuse of gray on these make them boring to look at.

I really like the Throwback Rookie inserts.  There are only 10 players in the set so you're gonna get some top names when you pull them.  Speaking of top rookies I did get the top pick from the draft which you'll see later. 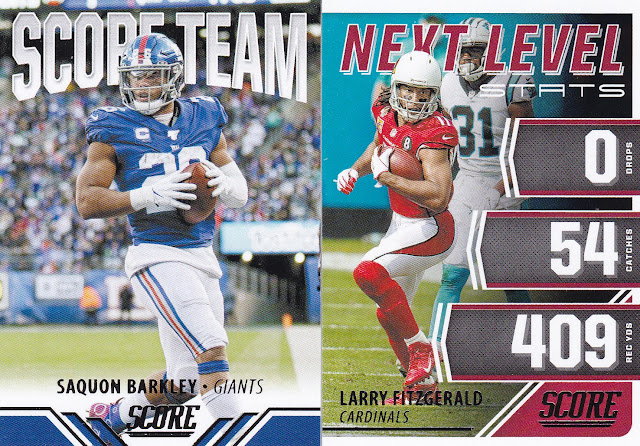 The Score Team inserts are simple but I really like them.  Next Level aren't bad but maybe not a favorite of mine.  Three of the packs I picked up had almost identical inserts.  Definitely a letdown.

The backs are simple but okay.  More stats would make it stand out but we know we'll never see that. 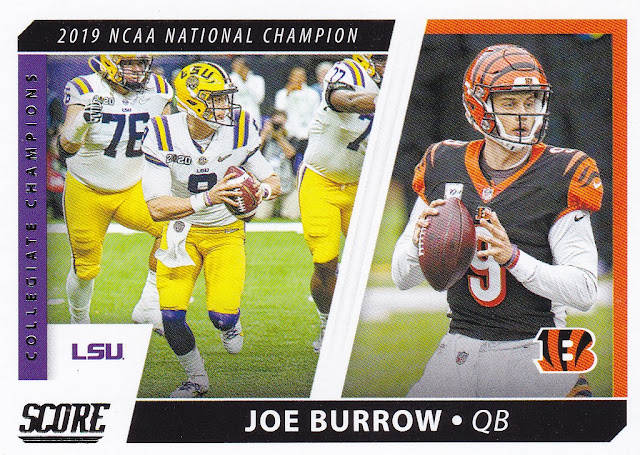 Another fun insert are these Collgeiate Champion cards.  They have current and former players in both their NFL and college unis which I like here.  This was a really good pack and lots of fun.  Topping off my really good pull is this Trevor Lawrence. 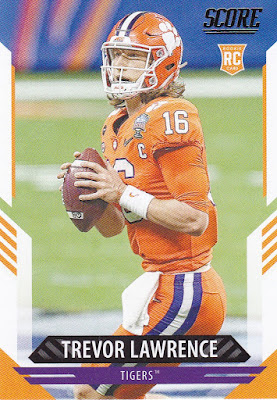