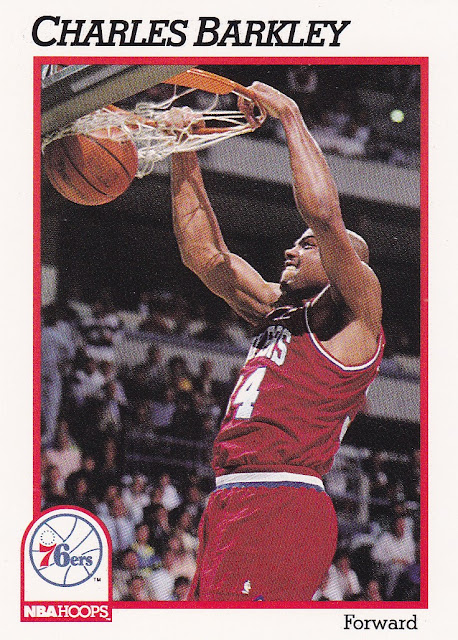 91-92 Hoops: We'll break out one of the packs I purchased on eBay last year.  I like this set.  The design is overly great but the set as a whole is fun.  The memories alone are worth it but there are also plenty of inserts though unless you are opening an entire box you may not find many.

Pretty solid pull in this pack with plenty of good big men including Vlade Divac and Brad Daugherty.  Daughtery is an owner in NASCAR as well as an analyst now.  Elliott was a smooth scorer for the Spurs. 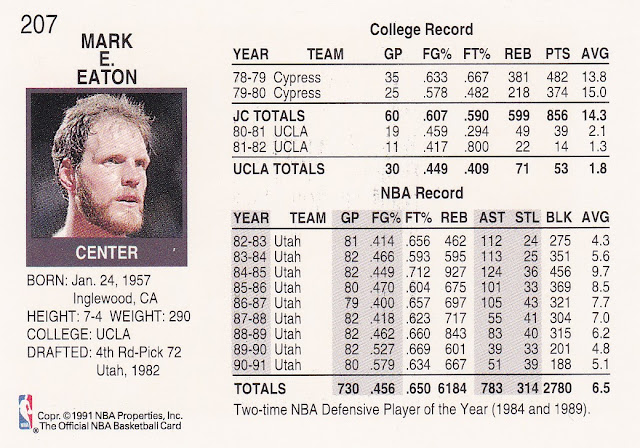 This guy was soooo good on defense.  You may not have looked for a bucket from him but he could anchor your defense like few others ever have.

More good bigs.  Smits is the more well known than the others as he starred for the Pacers on those really good 90s teams.  Donaldson was a big guy who shot for a high percentage every year while Schintzius just had great hair.  More than enough reason to be shown off here.  Love old basketball packs and this one is no different. 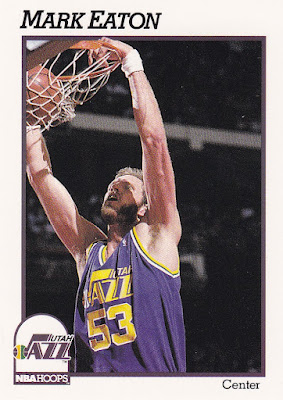