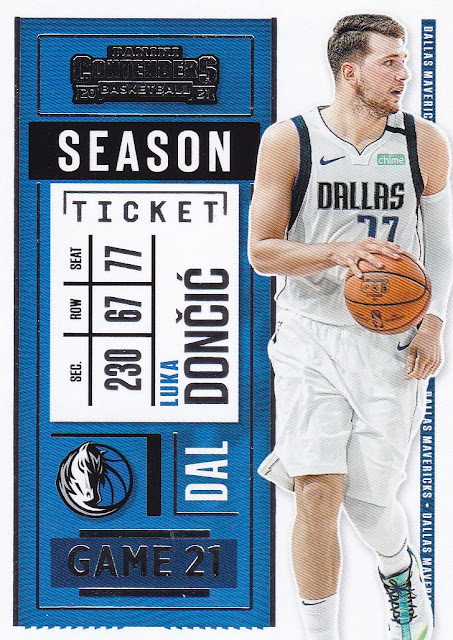 20-21 Contenders Basketball:  More from the fat pack lot I purchased last year.  This guy has been nothing short of special for the Dallas Mavericks.  He's only 22 and there are dreams of championships in Dallas if they can get a good supporting cast around him.

KAT is excited to have a defensive presence in the lineup after the trade for Rudy Gobert.  The T-Wolves stunk it up on defense.  Should be fun to see how good they can be.  He is one of the best big men from long range and isn't talked about enough.  Two-time reigning MVP Nikola Jokic.  Crazy good and fun to watch.

Portland is hoping Nurkic can stay healthy.  They'll need him to be if they expect to make any kind of serious run.  Vassell had his best year averaging 12 points per game last season.

I like Buddy Hield.  He can flat out shoot it from deep.  He's in Indiana now and we'll see if he can take his game to the next level there.  Beal got a huge deal this off season from the Wizards.  Who is Ben Simmons?  A center?  There's rumors Brooklyn will try him there in kind of a Draymond Green type of way.  I'm not a fan of his but that has me intrigued especially if it works alongside KD and Kyrie.  I am a big Kawhi fan.  He's healthy and will start camp on time.  Hoping he can stay healthy all season and we can see what the Clippers are with him and Paul George. 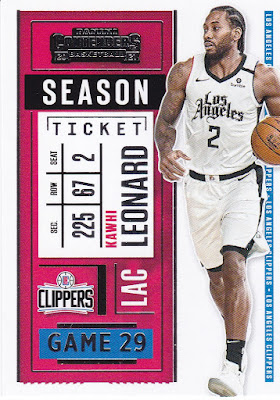