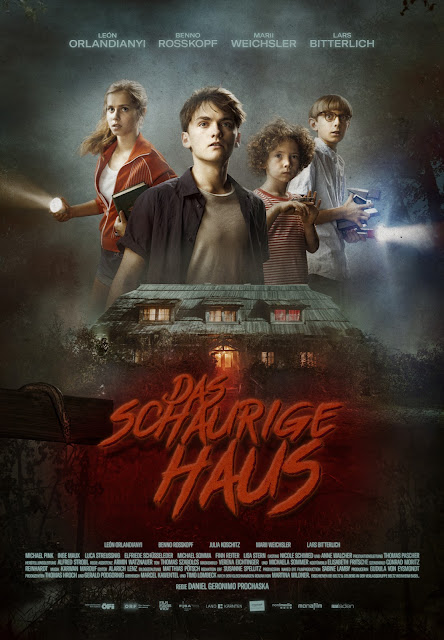 The Scary House: Always on the lookout for new scary movies in October.  This one came up on Netflix.  Family moves into a house, find it has dark secrets, and scary stuff ensues.  Not an original tale but done a little different.  The movie isn't bad but I wouldn't say run out and see it.  It was made in Austria and is dubbed over.  It wasn't distracting which is a plus.  I also had on the subtitles and the words spoken were different from the subtitles.  Not a big deal as it didn't change the meaning in any way but was different.  There were aspects of the movie I enjoyed and maybe some of you will as well.  I think I'll rewatch some more of the classics as we wind down October.
Posted by Bulldog at 6:44 AM