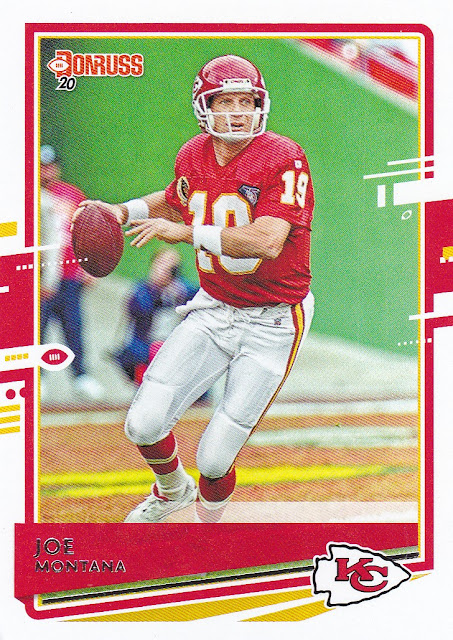 2020 Donruss Holiday Blaster:  Merry Christmas!  I said I wouldn't do another one of these but I couldn't pass it up when I saw more on my local shelves.  And it is Christmas so it seems appropriate.  I'll mostly show off some highlights.  One good thing is there were only a few cards that were duplicates of the other blaster so that is a big win.  Let's start with some Joe Montana greatness in a Chief uni.

Some really good star power in this box including these guys. 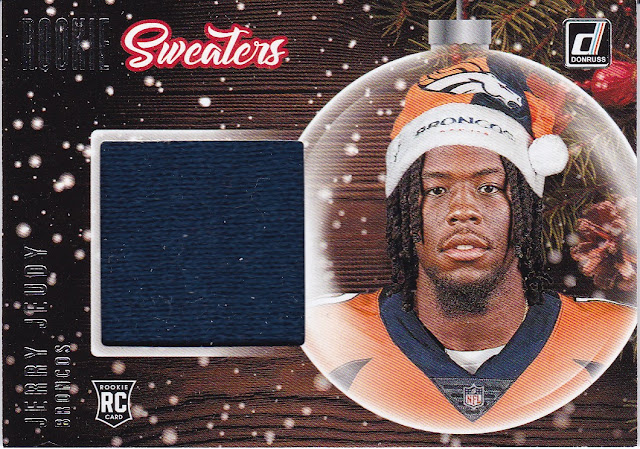 This is a solid rookie pull for this holiday relic. Jeudy is one of the leaders in receptions on the Denver Broncos.

Justin Herbert has had some up and down games but he really looks like he will at some point be the franchise quarterback San Diego is looking for. 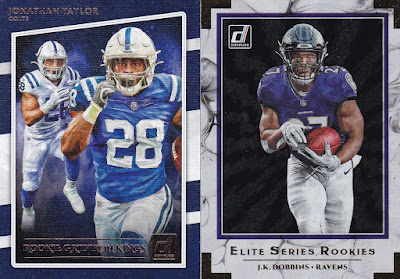 Some rookie inserts.  Both of these guys are having a good rookie campaign and Jonathan Taylor has looked really good as he leads the Colts in rushing.

I was very happy with my pull and think this blaster out did my first holiday blaster in regards to base cards. 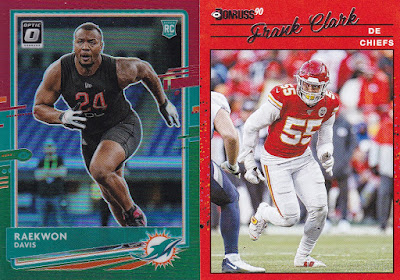 Can't say enough about how I really like that retro '90 design.

Retired greats!  Love finding these guys in the different sets.  I pulled the Denver Bronco Peyton in my last box so this was a nice find. Fun pull and plenty of good cards make this blaster a win.  I hope everyone has a great Christmas! 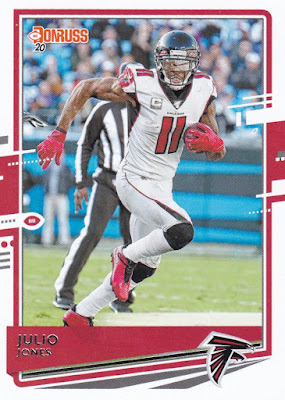