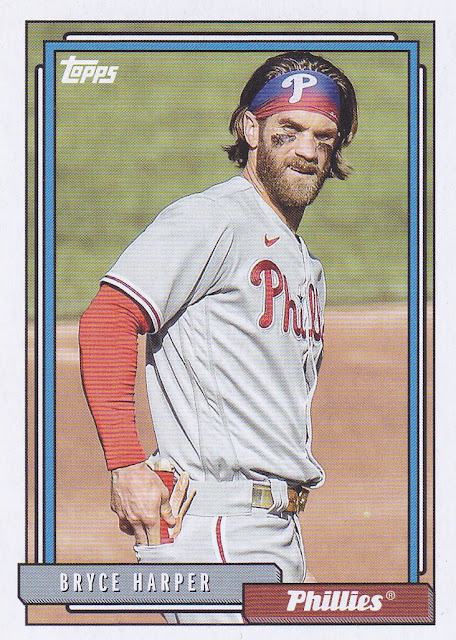 2021 Topps Update:  Had to pick some of this up.  This nod to 1992 isn't my favorite design but a logo could change my mind on that.  Still I like this Bryce Harper photo so we'll kick it off with the recently named 2021 National League MVP.

Had to get that great throwback uni from the World Champion Braves in there.  It'll be interesting to see where Marcus Semien goes after a monster year for the Blue Jays. 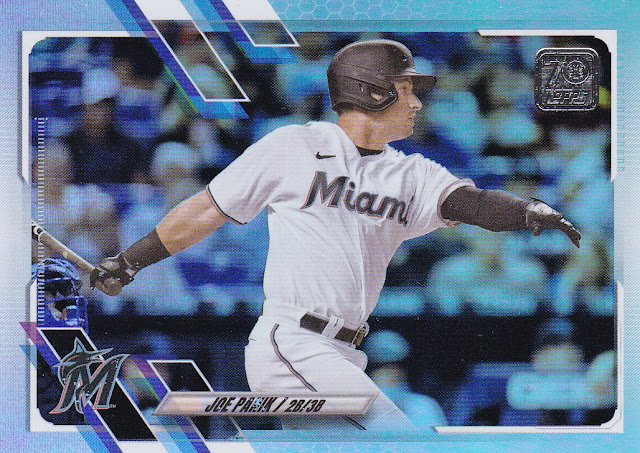 This is a foil parallel but no clue what kind.  It isn't numbered.

As you'd expect there are plenty of rookies included in this set to include Rookie Debut cards. 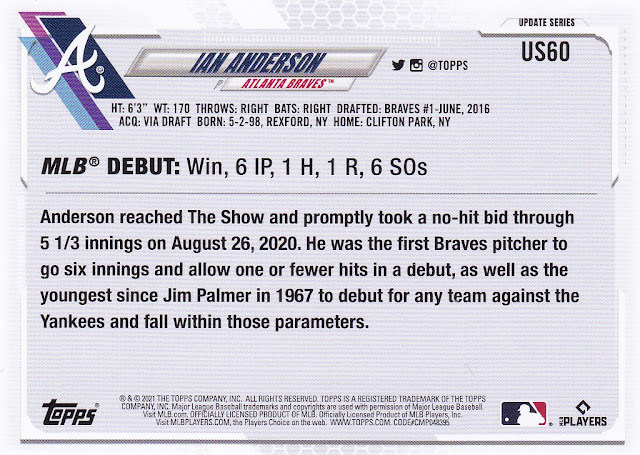 This is the back of Ian Anderson's debut card.  In addition to his impressive first start he also had a great start for the Braves during Atlanta's win over the Astros in the World Series.

Not the best Yadi photo.  I do like the 1986 inserts as part of their 35th Anniversary.  While it is a somewhat boring design it looks better on modern cardboard.

The Reds and Padres cards are checklist cards while the Kevin Pillar card is a orange foil parallel #/299.  Not a bad box. I prefer the inserts over all the rookies and players on new teams but other collectors are fans of that I know. 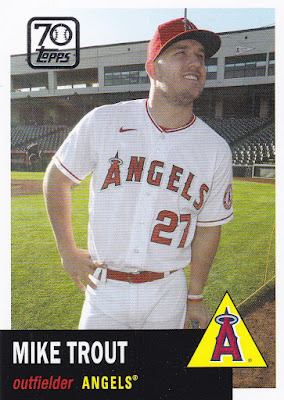