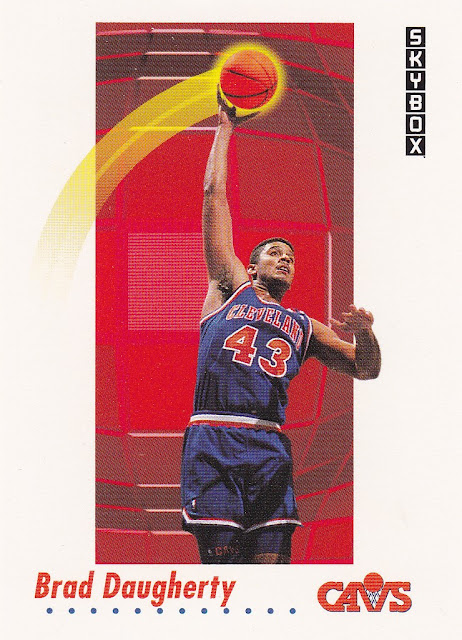 1991-1992 SkyBox:  SkyBox is always fun.  This pack may not have had the star power you hope for but it was still enjoyable.  Brad Daugherty is a five-time all-star but his career was cut short after only eight seasons due to injury.  He had really good hands for a big man and is now a co-owner of NASCAR team as well as a television analyst in the sport.  He average 19 points per game and 9.5 rebounds per game for his career.

I was a big fan of Kelly Tripucka.  Mostly a score first small forward he averaged 20+ points a game in five seasons.  And always had great hair which this photo doesn't help show off.

The backs are a big part of these with plenty of non-traditional shots.  They only went with the player's first name which is a bit different.

Dying of cancer in 2009 Wayman Tisdale was a jazz bass player after his playing days were over.  RIP. A fun pack of cards.  I like the design and all the memories. 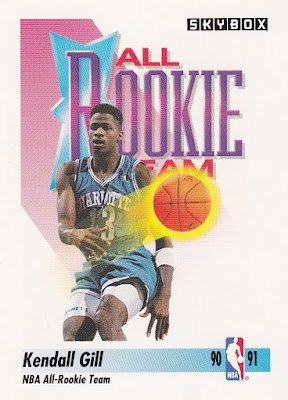