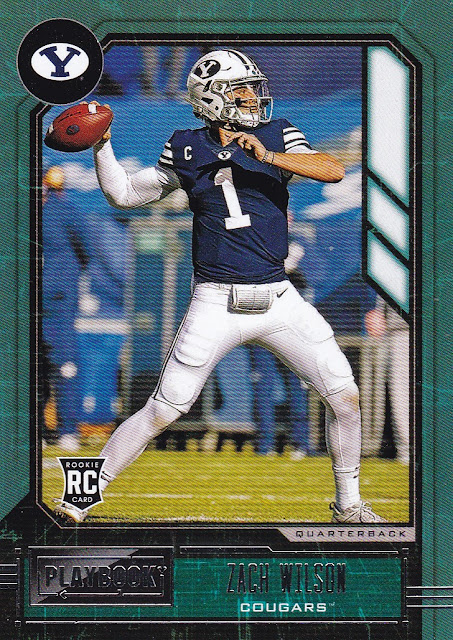 I do like the Chronicles brand and all the different designs it includes.  These Score and Illusions are favorites of mine with that retro Score look being the one I like best.  Kyle Pitts was the #4 pick of the draft and has shown why as the #1 tight end/receiver for the Atlanta Falcons.

I like the Playbook design overall.  Ja'Marr Chase has emerged as Joe Burrow's favorite target in Cincy.  They played together at LSU which obviously helped that chemistry develop. 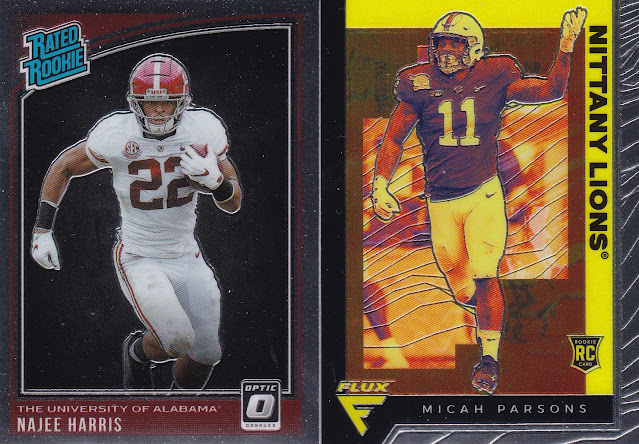 Both of these guys are having very good rookie seasons.  Najee Harris as the running back for the Pittsburgh Steelers while Micah Parsons has excelled as a pass rusher for the Dallas Cowboys.

A fun pack of cards.  I prefer the Chronicles regular set which contains veterans but I still like the variety this shows off. 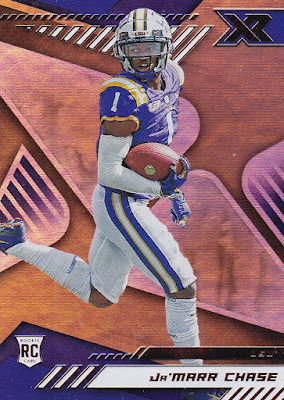